Poco X4 Pro 5G Specifications Leaked Again! The phone will have 108MP camera instead of 64MP 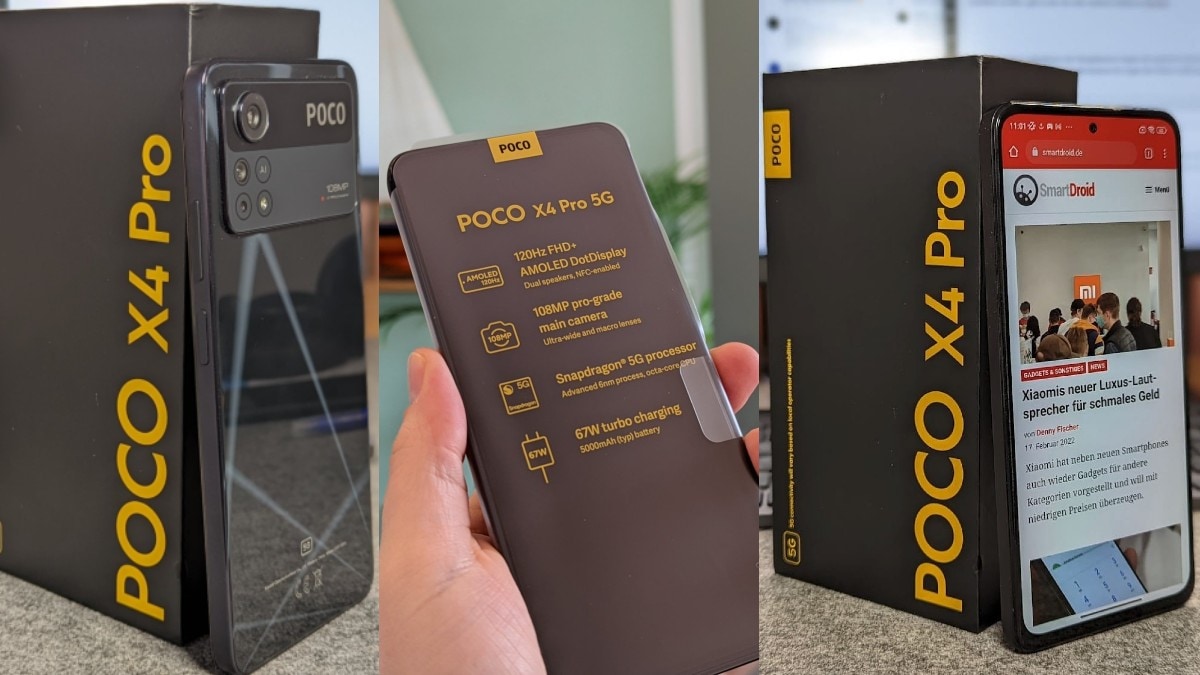 Specifications of Poco X4 Pro 5G have been leaked once again. The latest leak has revealed that the phone will have a primary sensor of 108 megapixels, which was said to be 64 megapixels in the earlier leaks. Qualcomm Snapdragon 695 processor can be seen in the phone and it will have 5000 mAh battery capacity. A 67W charger can also come with it for fast charging. It is being said that it will launch as a successor to Poco X3 Pro. Poco X3 Pro was launched by the company in March last year.

Tipster Abhishek Yadav took to Twitter about the specifications of the phone. Post While disclosing that, Poco X4 Pro will have a 6.7-inch AMOLED display instead of 6.67-inch display. Apart from this, in the leaks that had surfaced earlier about the primary camera of the phone, a 64-megapixel camera was told. Tipster has mentioned 108 megapixel camera in it. This will be the Samsung ISOCELL HM2 sensor.

Out-of-the-box Android 11 will be seen in Poco X4 Pro 5G, which will have MIUI 13 skin on top. A display with 120 Hz refresh rate can be seen in this. This smartphone will be equipped with Qualcomm Snapdragon 695 5G chipset. Talking about storage capacity, up to 128 GB of UFS 2.2 storage can be seen in it. LPDDR4X RAM from 6 GB to 8 GB can be given in the phone. Its base variant can be offered with 6 GB RAM and 64 GB storage.

The Poco X4 Pro phone will have a triple camera setup in which the primary lens will be 108 megapixels. With this, an 8-megapixel ultrawide sensor and a 2-megapixel macro shooter can be seen. A 16-megapixel front camera can be seen in the phone for selfie and video calling. It will also have a massive 5000mAh battery with 67W fast charging support. Its hands-on images have also surfaced, in which specifications like 108 megapixel camera, 120 Hz display and 67 watt fast charging can be seen. The large camera module and the hole punch for the selfie camera are also visible in the photo.