Poco preparing to make a big bang, will come on March 28, a great 5G smartphone with strong features 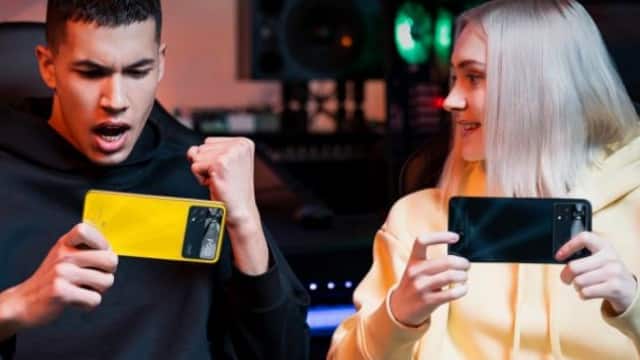 Features and Specifications of Poco X4 Pro 5G In the
phone, the company is offering a 6.67-inch Full HD + AMOLED display with a refresh rate of 120Hz and a touch sampling rate of 360Hz. This display comes with Corning Gorilla Glass protection. This latest phone from the company is equipped with up to 8 GB of LPDDR4X RAM and up to 256 GB of UFS 2.2 storage.

For photography, triple camera setup with LED flash has been given in the global variant of the phone. It has an 8-megapixel ultra-wide angle lens with a primary sensor of 108-megapixels and a 2-megapixel macro camera. However, if reports are to be believed, the company can offer a 64-megapixel front camera in the Indian version of the phone.

For selfie, this Poco phone has a 16-megapixel front camera. Equipped with a side-mounted fingerprint sensor, this phone is backed by a 5000mAh battery, which supports 67W fast charging. As far as the OS is concerned, this phone works on MIUI 13 based on Android 11.