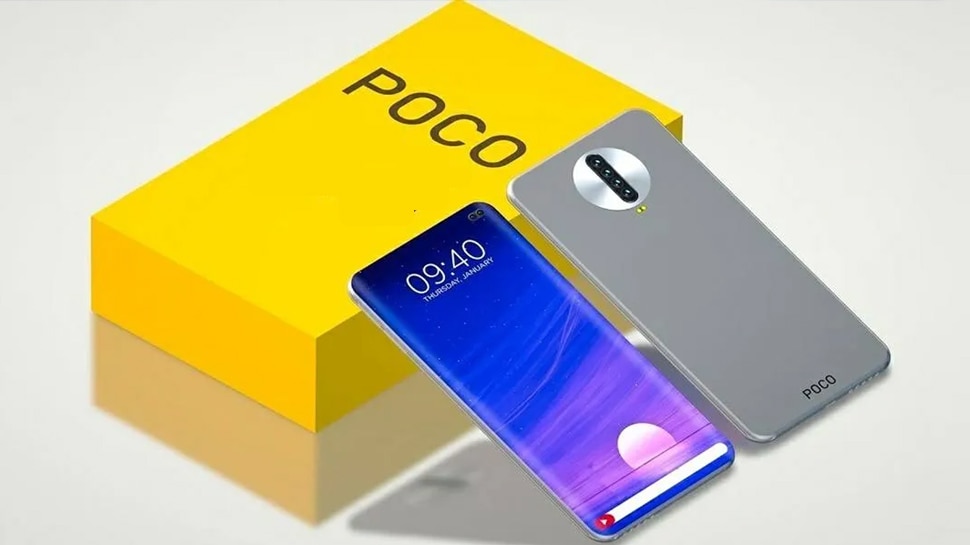 New Delhi. POCO F4 GT is going to go official for the global market tomorrow (26th April). A new report by Winfuture.de has revealed the complete specifications of the device. Apart from this, the report offers high-resolution renders of the smartphone. POCO F4 GT will get a 6.6-inch display, 4,700mAh battery with 120W fast charging and 64MP camera. Let’s know the amazing features of POCO F4 GT …

POCO F4 GT flaunts a 6.67-inch AMOLED FHD+ display that offers 120Hz refresh rate. The phone comes with Gorilla Glass Victus protection. The gaming-focused smartphone is powered by the Snapdragon 8 Gen 1 chipset. It is equipped with a mechanical shoulder button for gamers.

The device comes with 8 GB RAM and 128 GB / 256 GB inbuilt storage. It is not clear whether the company will announce the 12GB RAM version of the device. It has a 4,700mAh battery that supports 120W fast charging.

The rear camera setup of POCO F4 GT has a 64-megapixel Sony IMX686 primary camera. Nothing has been mentioned in the report about the auxiliary cameras of the device. Considering that this is a rebranded version of the Redmi K50G, which is available exclusively in China, it will come with an 8-megapixel ultrawide camera and a 2-megapixel macro camera. While the Redmi K50G packs a 20-megapixel front camera, reports claim that the F4 GT will feature a 16-megapixel selfie snapper. As can be seen in the images, the F4 GT will come in three colors namely Cyber ​​Yellow, Knight Silver and Stealth Black.

POCO’s first TWS earbuds are called the POCO Buds Pro Genshin Impact Edition, and its first smartwatch called the POCO Watch will also be announced alongside the POCO F4 GT. At present, no information has been received about the price of these devices.