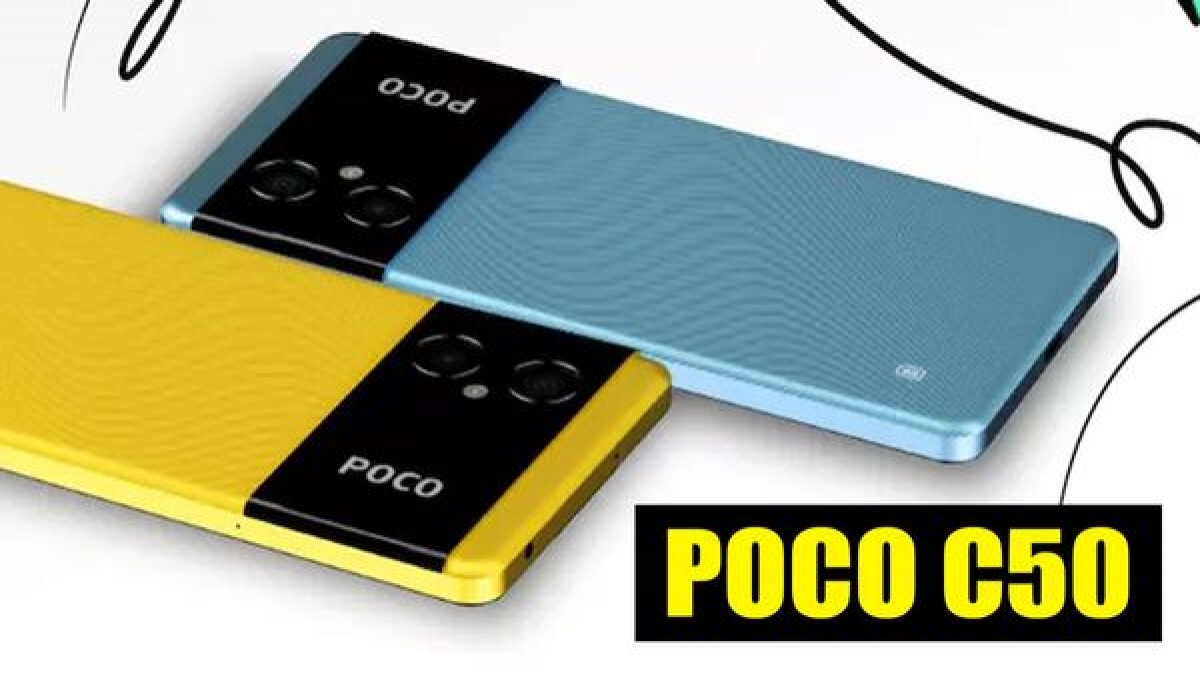 Upcoming POCO C50 POCO will be POCO’s third smartphone under the C-series in India. The brand already has the POCO C3 and POCO C31 under the entry-level C-series. Let’s take a closer look at the description.

The smartphone may come with a waterdrop notch display and a plastic body. The display is likely to offer HD+ resolution and Entry-level MediaTek And can be based on Snapdragon chipset.

Upcoming POCO C50 The model number and codename of POCO Redmi A1+ may be rebranded as the POCO C50. The Redmi A1+ is an entry-level smartphone that was launched in India a few months back.

Redmi A1+: Specifications, Features and Price

Redmi A1+ It features a 6.52-inch LCD display with HD+ resolution, 400nits brightness, and scratch-resistant glass. Under the hood, the smartphone sports a quad-core MediaTek Helio A22 processor that brings with it an integrated IMG PowerVR GPU. Smartphone 2GB and 3GB RAM configuration and provides 32GB of internal storage.

Redmi A1+ 5000mAh Equipped with battery unit and 10W charging support. The smartphone sports an 8-megapixel rear camera with depth sensor and LED flash. 5MP The front shooter is selfie. The smartphone has a micro-SD card slot, a rear-mounted fingerprint scanner, and a micro-USB port.