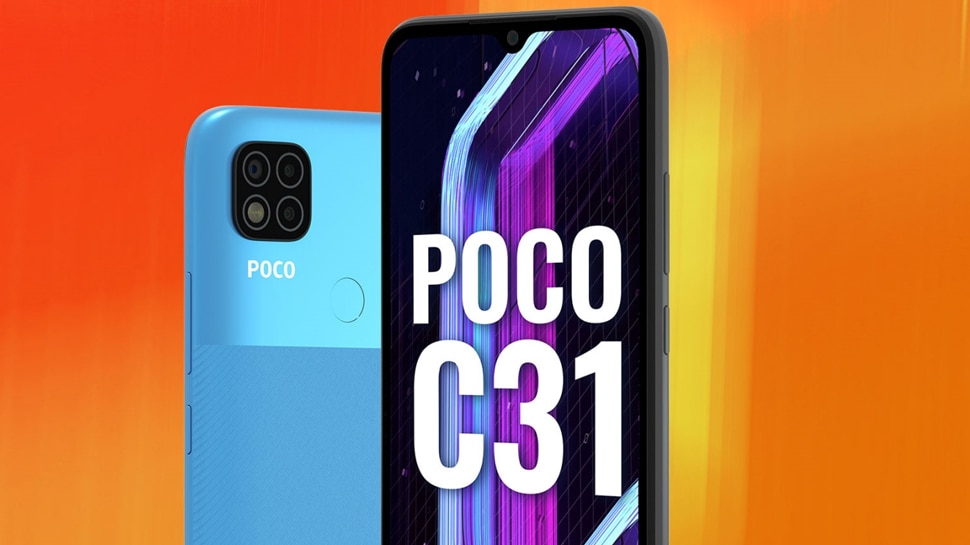 Poco’s 8 thousand rupees Smartphone is being sold indiscriminately; Know what is so special

There is a competition to buy POCO’s 8 thousand rupees smartphone. People have become crazy about this phone. The company has managed to sell one million units. Let’s know what is so special about the phone.

POCO launched its entry-level smartphone in September last year, named POCO C31. The company recently announced that the phone has crossed the 1 million sales mark by the second quarter of 2022. POCO C31 has a triple camera system and a massive 5,000mAh battery. What people liked. POCO C31 with its stunning looks and great feature set is the second C-series product after POCO C3, to reach 1 million sales.

The POCO C series has consistently offered good value for money features at that price point and is targeting the sub-ten thousand rupee market in India. Recently, POCO C3 sold over 2 million units in January 2022.

The POCO C31 is virtually identical to the POCO C3, with the only major difference being that the new device does not sport a rear-mounted fingerprint sensor. The device features the same 6.53-inch LCD display with 20:9 aspect ratio, 720 x 1600 (HD+), and a dewdrop notch. It is powered by MediaTek Helio G35 SoC paired with 32GB/64GB eMMC 5.1 storage and 3GB/4GB LPDDR4x RAM.

There are three cameras on the back of the device: 13MP primary sensor, 2MP macro camera and 2MP depth camera. It hides a 5MP selfie camera inside the notch on the front. In terms of connectivity, the phone offers dual-SIM, 4G, VoLTE, VoWiFi, single-band Wi-Fi and Bluetooth 5.0. Its operating system is MIUI 12, which is based on Android 10. The phone has a dedicated microSD card slot, a microUSB connector, a 3.5mm headphone socket, a P2i nano-coating for splash protection, a 5,000mAh battery, with 10W charging support.