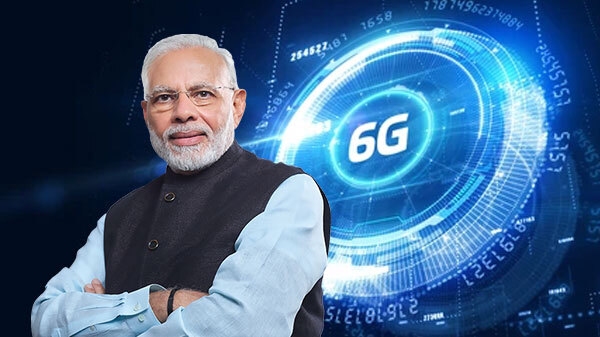 Let us tell you that 5G telecom services are going to start in India in the coming few days. Ahead of its launch on Thursday, Prime Minister Narendra Modi said that the country is preparing to introduce 6G services by the end of this decade. PM Modi made this announcement while addressing the Smart India Hackathon 2022 Grand Finale. Earlier, Union Telecom Minister Ashwini Vaishnav had also indicated that 5G services could start by October 12. Earlier it was being speculated to launch by September 29. At the same time, IT and Telecom Minister Ashwini Vaishnav was also present in this event.

PM Modi was involved in the Grand Finale of Smart India Hackathon 2022 through video conferencing. In his address, he said that we are preparing to launch 6G service in the country by the end of this decade, the government is promoting indigenous solutions for gaming and entertainment.

Giving a hint at this event, Telecom and IT Minister Ashwini Vaishnav said that 5G service will be launched in the country on October 12. However, earlier there were reports that it will be launched on September 29 on the occasion of India Mobile Congress 2022 to be held next month. But now it is not so.

Meanwhile, telecom providers have started informing their customers about the commencement of 5G services. Bharti Airtel, Reliance Jio, Adani Data Network and Vodafone Idea participated in the recently concluded spectrum auction. Jio and Airtel have got the most airwaves in this auction.