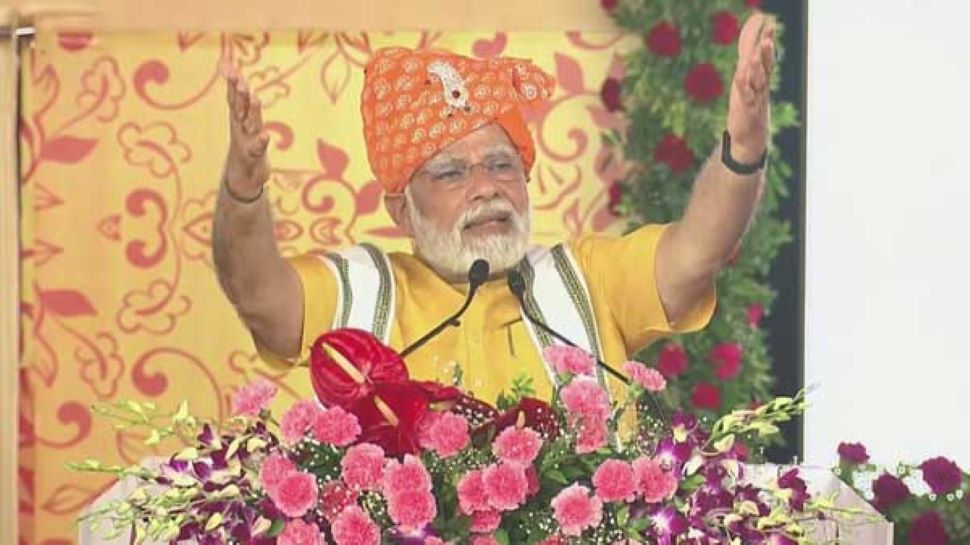 PM Modi On Ethanol Blending: Prime Minister Narendra Modi said that before 2014, the amount of ethanol mixed in petrol was 40 crore liters, which has now increased to 400 crore liters. Addressing a public meeting after inaugurating various projects of Sabar Dairy located near Himmatnagar in Sabarkantha district of North Gujarat, he said that the income of farmers has also increased by mixing ethanol with petrol.

Modi said that since coming to power in 2014, his government has been trying to increase the income of farmers and the continuous efforts made in this direction in the last eight years are now showing results. He said the government’s decision to mix ethanol in petrol helped in increasing the income of farmers as ethanol is produced from agricultural products like sugarcane and maize.

Modi said in the public meeting, ‘Today, the ratio of ethanol to petrol is around 10 percent. Ethanol is made from sugarcane and maize. Before 2014, only 40 crore liters of ethanol was mixed in petrol. Today it has reached 400 crore liters. He said that apart from agriculture, allied business activities like animal husbandry, horticulture, fisheries and honey production have also increased the income of the farmers.

The Prime Minister said that the income of the farmers has increased today because of the continuous efforts made by the Central Government in the last eight years. This has benefited the landless and marginal farmers the most. “Our strategy was to focus on alternative sources of income, which is showing results. For the first time, the business of Khadi and Village Industries has crossed one lakh crore rupees. He claimed that the Khadi and Village Industries sector has created employment opportunities for 1.5 crore people in the villages in the last eight years.

Government is engaged in reducing the cost of agriculture

Modi said that the central government is working to reduce the cost of agriculture and in the recent past, despite the increase in the price of fertilizers manifold at the global level, their prices in the country have not been increased. “We import urea from other countries. Although its price has increased manifold globally in recent times, but we did not pass the burden on the farmers. The government is paying Rs. 3500 for a 50 kg sack of urea, but is selling it to the farmers for only Rs. 300. One sack of DAP fertilizer has been blamed on the government because of the wild rise in prices in the international market, he said. But the subsidy burden has increased from Rs 500 to Rs 2,500.

Modi said that when he was the Chief Minister of Gujarat, his government decided to launch an agitation to ban single-use plastic as its ill-effects were coming to the fore. He said, ‘During the animal health fair, doctors removed 15 to 20 kg of plastic from the stomach of a cow. This is the reason why we started this campaign to ban plastic. On this occasion, Modi remembered the Pal Chitaria massacre and the tribal freedom fighter Motilal Tejawat who led the rebellion against British rule.

Modi said, ‘For the first time, the daughter of the tribal society, the country’s daughter has reached the top constitutional post. People have made Draupadi Murmu the President of India. It is a matter of pride for all of us 130 crore citizens.