PM Kisan: In the Modi government, the income of the farmers has doubled; How did the Union Minister tell? 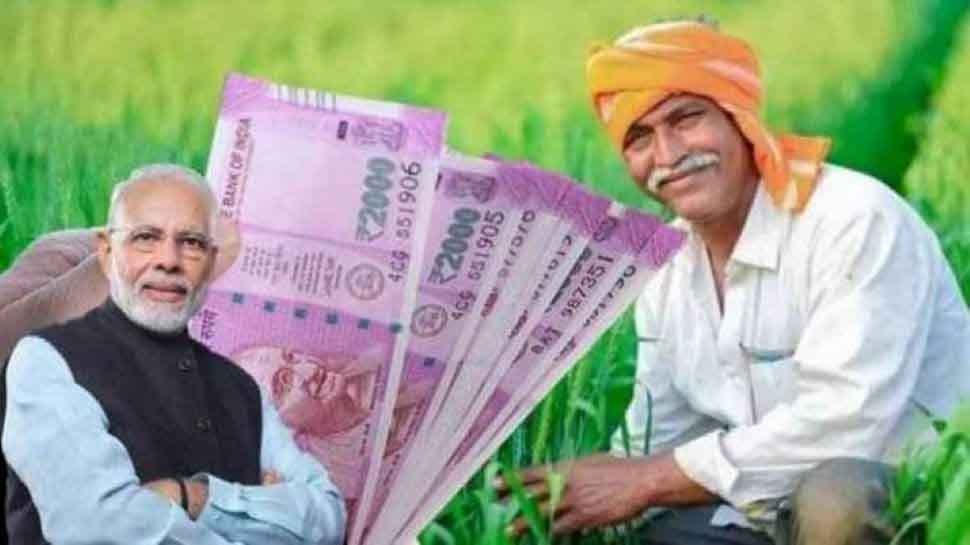 PM Kisan Samman Nidhi: Several steps have been taken from the Modi government of the Center to double the income of K isans, improve the arthritic stit i and develop the agricular sector. This was said by Central Minister of State Prahlad Singh Patel. He said on the basis of data, during the year 2014-22, about 6.22 lakh crores have been allocated in the budget of the Erikkas of the Eclipse sector. He explained the steps taken by the government of Lia Modi for the benefit of the farmers.

2.16 lakhs sent directly to the account
According to the statement issued by the Ministry, Patel said that till 2006-14 the agricultural budget was Rs 1,48,162.16 crore. At the same time, by 2014-22, there has been a budget allocation of Rs 6,21,940.92 crore for the agricultural sector. He said that under the PM Farmers Honor Fund (PM Kisan Samman Nidhi ) scheme, the Center has sent an amount of Rs 2.16 lakh crore directly to the bank account of eligible farmers. Every year, 6,000 rupees are given in three equal installments in this government scheme.

Empowering the A-Sans by giving digital technology
Patel said that it is clear from the report released by many institutions that the total inflation-adjusted income of farmers in many states has doubled or almost doubled. He said that the Prime Minister has empowered farmers by giving them modern digital technology. Through digital technology, farmers have also been saved from many troubles with corruption and the problem of middlemen.

1.74 crore farmers linked to e-name portal
The Central Minister said that through digital technology, the assistance given to the farmers on behalf of the government has started reaching them directly. ‘ from seeds to markets ’ and ‘ Digital agricultural missions ’ have played an important role in changing the lifes and conditions of farmers. Patel said that more than 1.74 crore farmers across the country have been linked to the e-name portal and 2.36 lakh businesses have been registered through e-name.

Payment of claims of Rs 1.25 lakh crore
The minister said that claims of Rs 1.25 lakh crore have been paid under the Prime Minister Crop Insurance Scheme. At the same time, Rs 25,185 crore was given to the farmers as insurance premium. Patel said that so far more than 3,855 FPO (FPO) has been quashed, 22.71 crore soil health cards have been issued and 11,531 testing laboratories have been approved. He said that the allocation of Prime Minister’s Agricultural Irrigation Scheme in the previous government was Rs 6,057 crore, while the Modi government has increased it by about 136 percent to Rs 15,511 crore.

Projects of Rs 4,710.96 crore covering an area of 17.09 lakh hectares have been approved under Micro Irrigation Fund. Patel said that at the time of the previous government, the agricultural credit flow was Rs 7.3 lakh crore and the Modi government has increased the target for the year 2022-23 to Rs 18.5 lakh crore. The minister said that the government has also increased fertilizer subsidy to ensure that farmers get soil nutrients at a cheaper price.