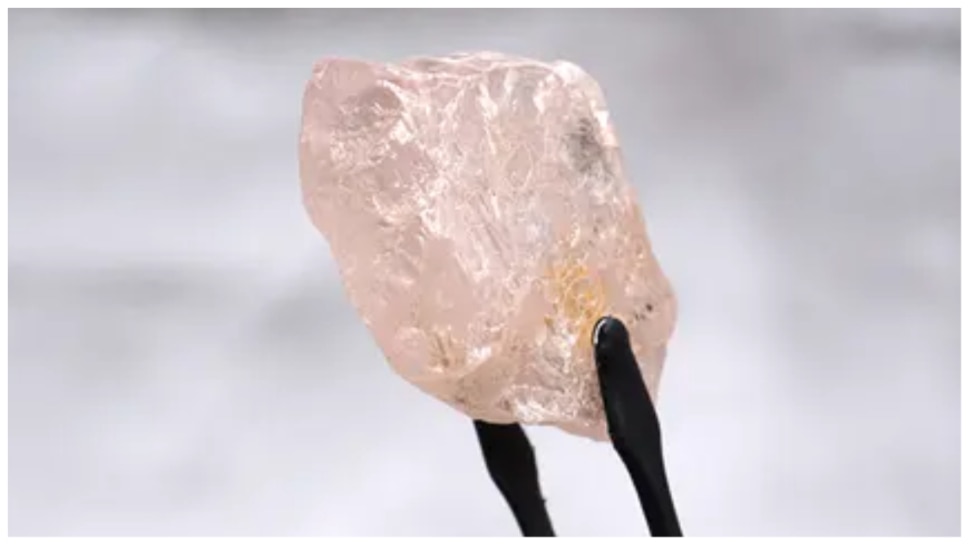 Rare Pink Diamond: The team found a rare pure pink diamond during a recent land excavation in Angola. The Lukapa Diamond Company has reported that a 170-carat pink diamond, called The Lulo Rose, has been discovered at the Lulo Mine and is one of the largest pink diamonds ever found.

Rare Pink Diamond Found in Angola: From time to time such things keep coming out from different parts of the world which are quite surprising. These things are special in many ways. Recently, during the excavation of land in Angola, the team found a rare pure pink diamond. It is being told that this Pink Diamond is the biggest discovery so far in nearly 300 years. There is a lot of curiosity among people about this pink diamond. People want to know more and more about it. At present, discussions of this diamond are happening all over the world.

This diamond is of 170 carats

Lukapa Diamond Company said in a statement to investors that a 170-carat pink diamond, called The Lulo Rose, has been discovered at the Lulo mine in the country’s diamond-rich northeast region and is the largest pink diamond ever found. is one of the. Till now a diamond of such a large size had not been found.

ready to sell at a higher price

The historical discovery of this type of diamond is one of the rarest and purest forms of natural stone. The government is also very happy about this. The Angolan government, which is also a partner in the mine, welcomed the success. Angola’s Minister of Mineral Resources Diamantino Azevedo said, “This magnificent pink diamond recovered from Lulo will represent Angola as an important player on the world stage. The diamond will likely be sold at an international tender for a much higher price.”

Weight may be reduced during polishing

However, a lot of work will need to be done on this Lolo Rose right now. It needs to be cut and polished to bring it back to its original and shiny look. In this whole process, the weight of this stone can be reduced by 50 percent. Even before this, pink diamonds have been sold at record-breaking prices, but till now such a big pink diamond was not found. Let us tell you that before this 59.6 carat pink diamond was sold in Hong Kong auction in 2017 for US $ 71.2 million. This is the most expensive diamond ever sold. This time it is expected to break this record.