Pictures of the collision of the DART spacecraft with the asteroid surfaced, you also see 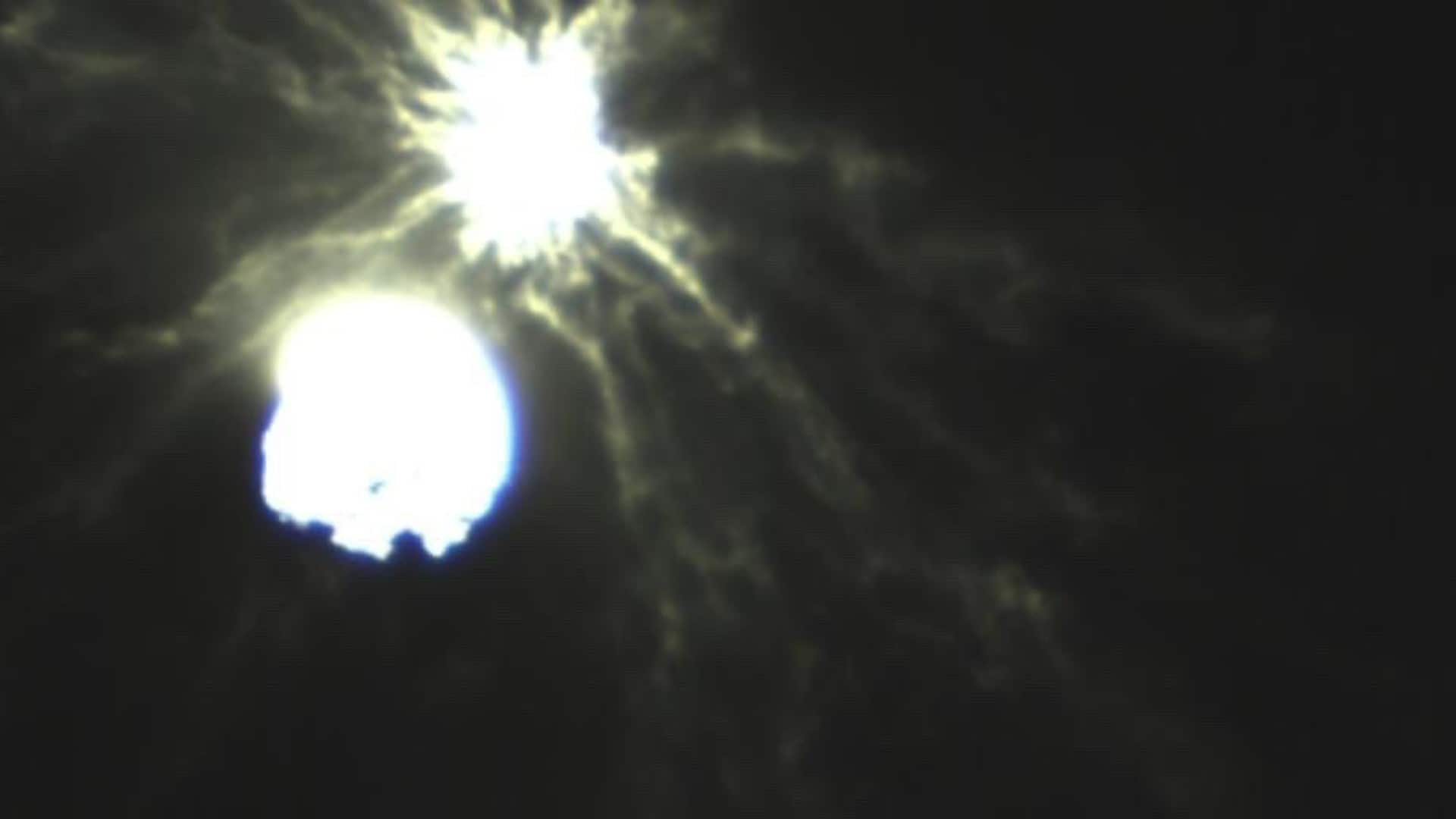 The US space agency NASA made history on Monday night. For the first time a spacecraft collided with an asteroid. By doing this, NASA tested the technology to protect the Earth from the dangers of asteroids in the future. This test has been successful. NASA’s Double Asteroid Redirection Test (DART) spacecraft collided with an asteroid satellite named Dimorphos, 11 million kilometers from Earth. The picture of how effective this collision was has also come to the fore.

With the help of a satellite of the Italian Space Agency, this Collision was captured in photographs. The name of the satellite is ‘LICIACube’. Actually, preparations were already made to see the effect of this collision. The LICIACube satellite was located at a safe distance from the incident site. He was waiting for the DART spacecraft to hit him. LICIACube used its dual camera system to capture the incident in pictures.

The Didymos asteroid is seen in the forefront of the images, just behind it is Dimorphos, which collided with the DART spacecraft. In the photos, streams of debris scattered around Dimorphos can be seen. During its short journey, the LICIACube satellite also took some more pictures, whose team of scientists was filled with enthusiasm as soon as they reached Earth and their room resonated with applause.

The Dimorphos asteroid did not pose any threat to the Earth, but its kinetic impact technique was tested for the first time in the world. Under this, the asteroid was deflected by colliding with the asteroid, that is, an attempt was made to change its direction. This test was successful, which means that in future if any asteroid becomes a threat to the Earth, then it can be deviated from the target in the same way.

However, the question of how impressive the DART spacecraft’s collision was, will be answered in the next few months. Did this collision change the trajectory of Dimorphos? The answer to this question will still take time. At present, the big success is that NASA has been successful in hitting its spacecraft with an asteroid. The pictures that have come out show the hope of getting great results in the future as well.