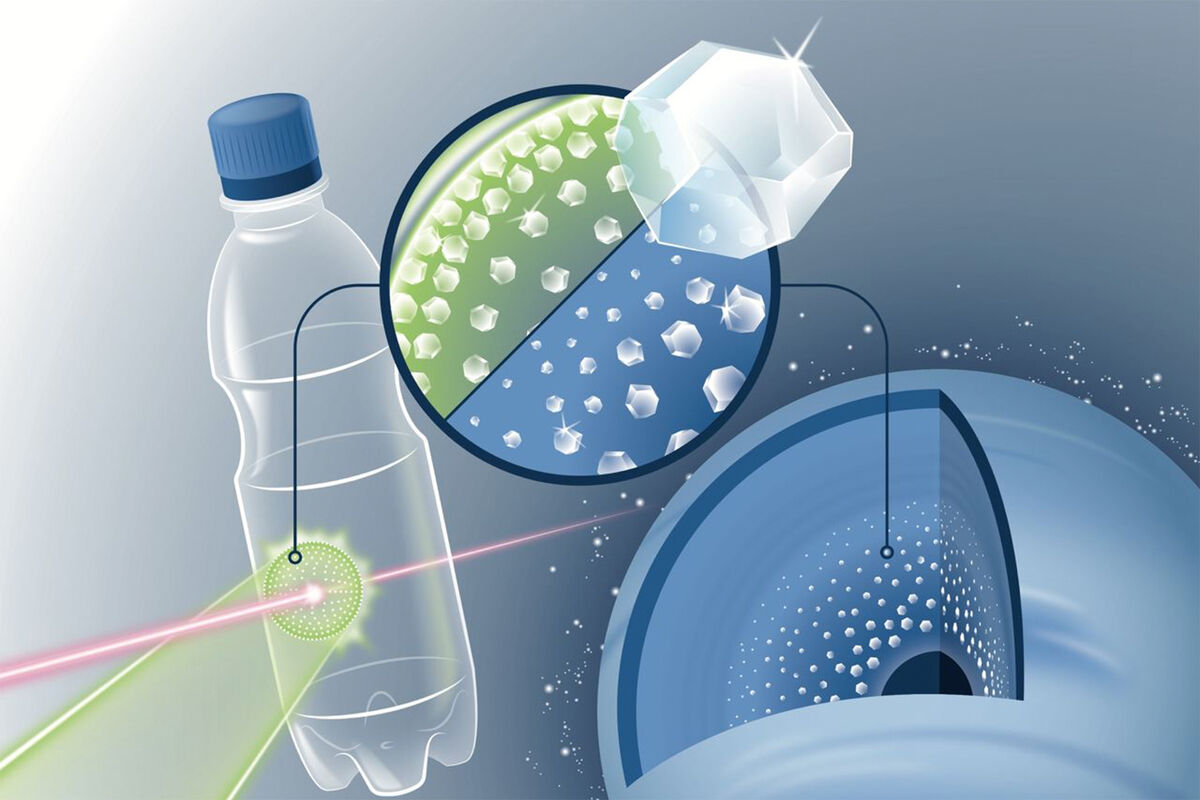 An international team of physicists led by the Helmholtz Center Dresden-Rossendorf, the University of Rostock and the French Polytechnic School have obtained nanodiamonds from plastic bottles using laser flashes. The work was published in the journal Science Advances.

During the experiment, scientists fired intense laser flashes at a thin sheet of PET plastic used to make beverage bottles. Powerful pulses heated it up to 6,000 degrees Celsius and created a shock wave that, in a few nanoseconds, compressed the substance to a pressure millions of times higher than atmospheric pressure. The scientists found that this produced diamonds several nanometers in size.

A similar process occurs on the ice giants of the solar system – Uranus and Neptune. The experiment of scientists made it possible to confirm that diamond rain really falls on them. PET was chosen because it has the perfect balance of carbon, hydrogen, and oxygen to mimic conditions on icy planets. The presence of oxygen in the plastic composition facilitated the splitting of bonds between hydrogen and carbon. This allowed carbon atoms to combine more intensely, forming diamonds. The team conducted their experiments at the SLAC National Accelerator Laboratory in California, home to one of the world’s most powerful Linac X-ray lasers (LCLS).

Scientists suggest that the so-called superionic water could form as a result of the experiment. Its structure consists of oxygen atoms united in a crystal lattice in which hydrogen nuclei move freely. They plan to repeat the experiment at the XFEL facility in Hamburg, the world’s most powerful X-ray laser.

The scientists’ technique can form the basis of a new method for the production of nanodiamonds, which are necessary, for example, for highly sensitive quantum sensors, contrast agents for medicine, and catalysts for the splitting of carbon dioxide.