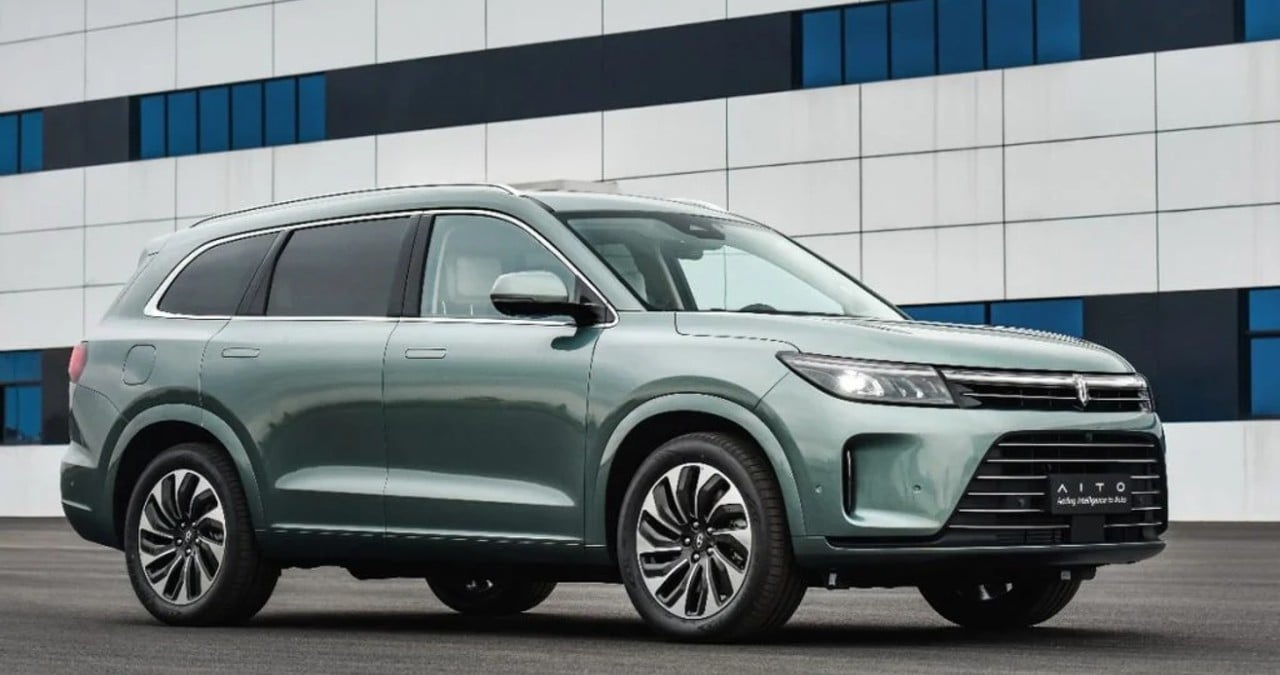 Electric car is now becoming the need of the time and environment, due to which pollution is increasing in the world, in view of that, leaving the cars running on petrol and diesel, now there is no other option but to switch to electric cars. Meanwhile, technology company Huawei is planning to launch a new EV in the market soon through its AITO sub-brand. Last year the company launched AITO M5 EV and after its success, now the company is going to take another step. The new EV was named AITO A7. Most of the specifications of this electric vehicle were leaked last week. Now the live photos of this electric car have also come online.

AITO M7 will be offered in the market as a medium to large size SUV. It will come in a similar design to what was already featured on the M5. The car also gets the same large Enormous Air Ventilation Grille on the front bumper, a sleek and straight roofline, aerodynamic transculant headlights and chrome-coloured trims across the full body. The old leaks have revealed the dimensions of the vehicle, according to which the length of the car is 5020mm, width 1945mm, height 1775mm, wheelbase 2820mm and weight is about 2340 kg.

In terms of power and specifications, the AITO M7 model will continue to be equipped with an extended-range power system equipped with a 1.5T range extender + motor, similar to the M5. The rated power/peak power of the electric drive motor is listed as 72kW/200kW. The maximum net engine power is listed at 90 kW. The Chinese MIIT said that the fuel consumption in this is 1.05L/100km.

According to the old leak, the AITO M7 will be a 6 seater SUV with 5-spoke and 10-spoke wheel options. The company will also come with optional upgrades for the M7, which will include chrome greyish translucent tinted windows, or ink-black translucent tinted windows. Although there is a rumor that the AITO M7 could be unveiled only in 2022, however since Huawei started the AITO M5 deliveries in March 2022, it can be expected that the M7 will arrive later. If it arrives now, it could adversely affect the sales of AITO M5.