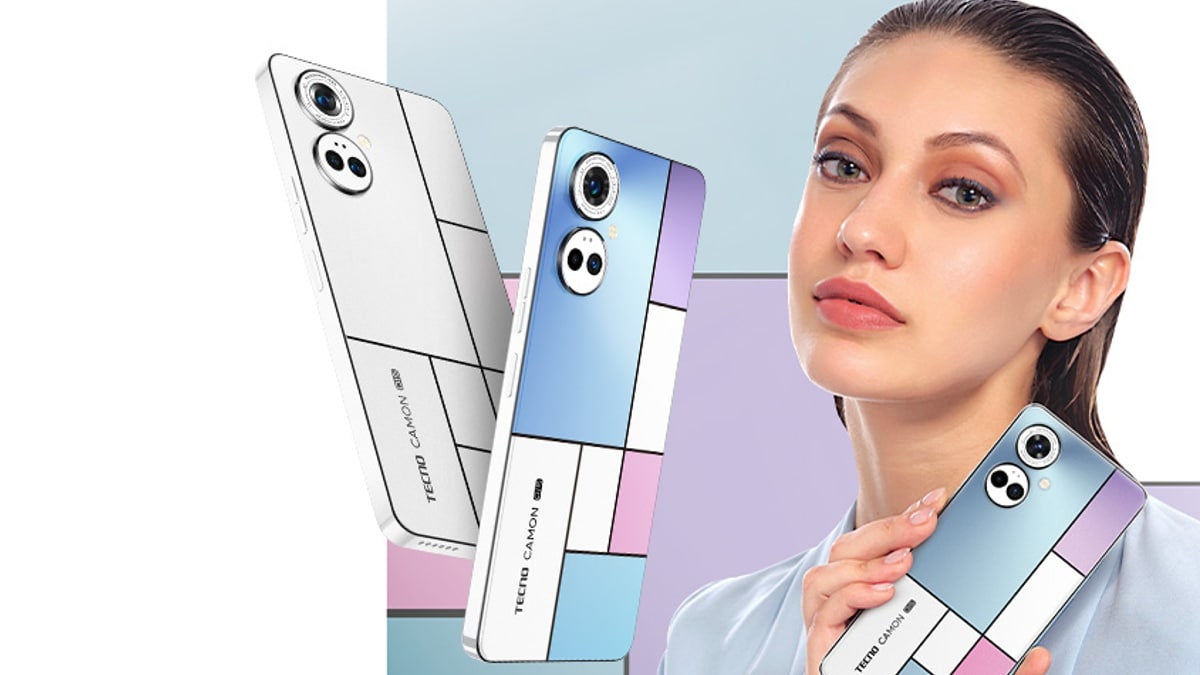 Tecno, the brand of Transsion Holding, launched the Tecno Camon 19 Pro smartphone in India last month. Now the company has introduced its new version. Its name is Tecno Camon 19 Pro Mondrian Edition. The company has said that this is the first Tecno smartphone, in which a color changing back panel has been given. The phone has a 120Hz refresh rate display and is powered by MediaTek Helio G96 processor. The phone has a triple rear camera setup, which includes a 64-megapixel RGBW + (G + P) main sensor. The new smartphone supports virtual RAM expansion up to 5GB. It comes with up to 128GB of internal storage. Tecno Camon 19 Pro Mondrian Edition packs a 5,000mAh battery that claims to provide up to 37 days of standby time on a single charge. Overall, the phone has the same specs, which were given in Tecno Camon 19 Pro. It only appears to have changed from the color changing back panel.

The phone has been brought in only 8GB + 128GB configuration option, which is priced at Rs 17,999. this from 22 september amazon Available for purchase via Customers can avail 10 percent instant discount on SBI Bank card transactions.

This smartphone runs on HiOS 8.6 based on Android 12. It features a 6.8-inch full-HD+ display with 120Hz refresh rate and 94.26% screen-to-body ratio. The display offers Widevine L1 support, which means users can stream OTT content with 1080p resolution. As we mentioned, this phone is powered by MediaTek Helio G96 processor. It comes with 8GB of RAM, which can be expanded up to 13GB with the help of RAM expansion feature.

The phone has a triple rear camera setup, in which the primary camera of 64 megapixels has been given. The primary sensor also supports Optical Image Stabilization (OIS). Apart from this, a portrait sensor of 50 megapixels and another sensor of 2 MP is also given in the phone. A 32-megapixel selfie camera is available in the phone.

Tecno Camon 19 Pro Mondrian Edition 5000mAh battery is given in the smartphone. It supports 33W fast charging. The phone has a side mounted fingerprint sensor, which fits in the power button itself. The phone also has a 3.5mm audio jack. Connectivity options include dual-SIM, 4G, WiFi 802.11ac, Bluetooth 5.1, NFC, GPS. This phone comes with a white colored back panel, which turns blue and pink when exposed to sunlight.