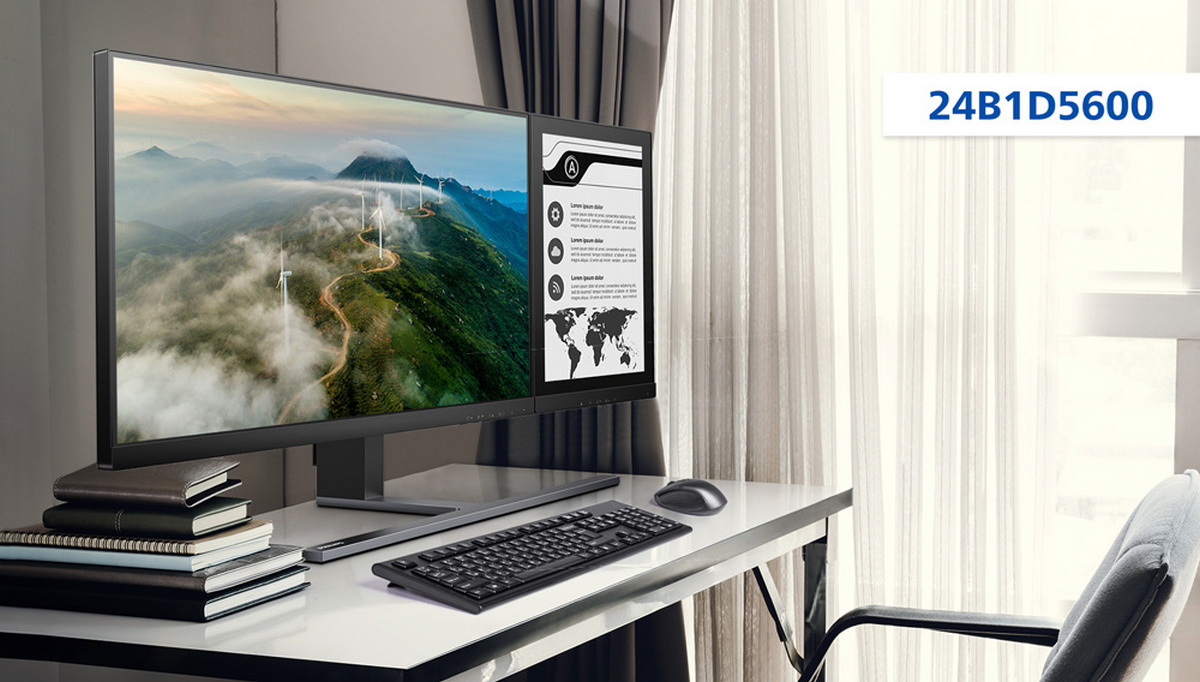 In May of this year, Philips introduced the Philips 24B1D5600 monitor, which received an LCD screen, as well as an additional e-ink display. Now it’s on sale for $840 in China.

The monitors received separate power from each other. The main display is equipped with a 90W USB-C connector. The secondary screen is also equipped with a USB-C interface (power 15W). According to the developers, the second screen, for example, is suitable for reading e-books. It allows you to duplicate the screen of mobile devices.