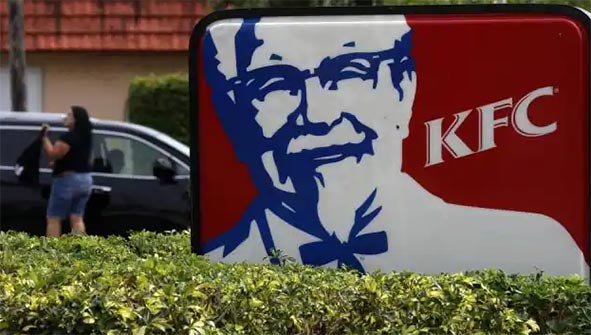 After Hyundai, the Pakistan franchise of food chain KFC repeated the same mistake, hurting the sentiments of crores of Indians. On February 5, after seeing a post posted about Kashmir by Hyundai’s Pakistan Twitter handle, the company was widely criticized on social media. On February 5, when KFC and Pizza Hut also did such a bluff, the anger of the Indians flared up, on which KFC has apologised.

One such tweet about Kashmir also happened from KFC’s Pakistan Twitter handle. The people of India are very angry about this. Many users are also expressing their displeasure with the #BoycottKFC hashtag on this. KFC India has had to apologize via Twitter. Earlier in a social media post, a verified account of KFC supported separatists in Kashmir and posted “Kashmir belongs to Kashmiris”. Similarly, an Instagram post from the verified account of ‘PizzahatPack’ said, “We stand with you. Kashmir Solidarity Day.

Let us tell you that a controversy has arisen due to the jump of some global companies in the Kashmir Solidarity Day celebrated on February 5 in Pakistan. After South Korean car company Hyundai, the Pakistan franchise of food chain KFC has also posted on social media about the distinct identity of Kashmir. The people of India are very angry about this. The voices of KFC’s boycott have started rising on social media regarding this. This was followed by an apology from the social media handles of India-based KFC. Pizza Hut also issued a statement after its official handle in Pakistan faced user anger over an Instagram post on Kashmir saying, “It does not condone, endorse or condone the content of the post circulated on social media.” “. Both KFC and Pizza Hut are based in the US based Yum! of subsidiaries.

The Pakistan franchise of KFC supported the separatists of Kashmir through their verified handles on social media. The company’s post read – “Kashmir belongs to Kashmiris.” After angering people in India, KFC issued a message from its handles in India. It read, “We apologize for the posts made through KFC’s social media channels outside India. We respect India and pledge to proudly serve all Indians.”

After the controversy escalated, the company deleted its tweet. At the same time, now people are demanding an apology for this. On the other hand, Hyundai Pakistan also deleted the post.

From KFC to Kia, people have been targeted on social media. Some people have appealed on Twitter to buy vehicles made in the country. Retired Army General Officer KJS Dhillon has criticized Hyundai. He said that we have sacrificed brave soldiers and innocent unarmed civilians. Their sacrifice is more valuable to us Indians.

KFC has been in controversies before

In October last year also, KFC had given a clarification when the controversy came to the fore. Actually, in an outlet in Karnataka, an employee was refused to play Kannada songs. However, later KFC issued a statement saying that KFC India would like to say that we hold the highest respect for all cultures and languages.

Earlier, the Pakistani franchise of car company Hyundai Motor had also posted social media on Kashmir. For this, displeasure is being expressed against Hyundai on Twitter. Later, Hyundai India made a statement that it stood by the idea of ​​respecting nationality. Without naming its Pakistan unit, it wrote, “Don’t associate Hyundai Motor India with unsolicited social media posts. We criticize such an approach.”