People who are crazy about Samsung phones! More than 10 lakh people pre-booked, the company was also surprised 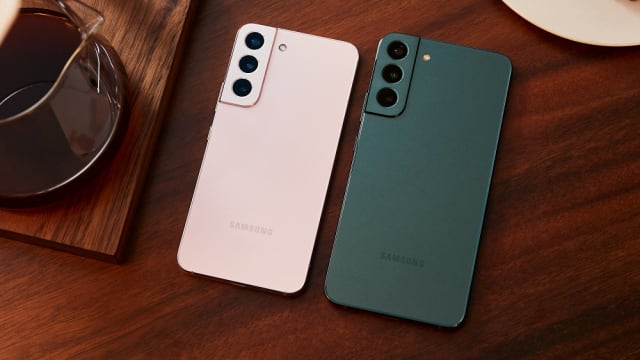 Samsung Electronics recently announced its latest flagship series of Galaxy S22 smartphones. Soon after the launch, the pre-order of this phone has gone live which has broken many records. More than 1 million people have pre-ordered the Galaxy S22 series in South Korea alone. According to the South Korean tech giant, the number of pre-orders has crossed 300,000 on the first day. This is a big record in front of the rest of the Samsung Galaxy series smartphones.

The previous record was held by the Galaxy Z Fold3 and Galaxy Z Flip3, which were launched back in August 2021. And just a week after its launch, these phones got pre-orders totaling 1.02 million units, which is the highest ever. This means that the Galaxy S22 series has surpassed the Galaxy S8, which saw the most pre-orders ever, which hit 1,04,000 (via ZDNet).

Across the entire lineup of the Galaxy S22, the top end Galaxy S22 Ultra accounted for 60 percent of all pre-orders, which is no surprise given that this particular model will attract Galaxy Note fans as well. We had earlier reported on Samsung breaking records in India as well, with pre-orders reaching over 70,000 units in just 12 hours.

Specifications of Samsung Galaxy S22 Series
Samsung Galaxy S22 smartphone runs on Android 12, which has a layer of One UI 4.1 on top of it. The phone is protected with Gorilla Glass Victus + panel. This phone has 4nm octa-core Snapdragon 8 Gen 1 SoC. Galaxy S22 Ultra has a quad rear camera setup. It has a 108-megapixel primary sensor with a 12-megapixel ultra-wide shooter. Along with this, a 10-megapixel telephoto shooter with 3x optical zoom and a 10-megapixel telephoto shooter camera with 10x optical zoom support is also provided. The selfie camera of 40 megapixels is available in the phone.