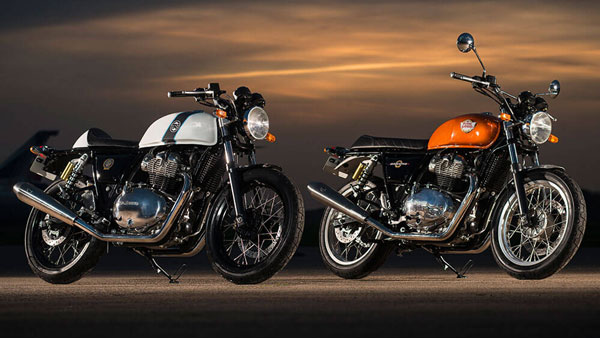 The company has witnessed a segment growth in the 350cc segment which includes the Classic 350 and the recently launched Royal Enfield Hunter 350 which has received a strong response since its launch. August was also great for Royal Enfield. The company had seen a year-on-year growth of 58.64% and month-on-month growth of 33.21%.

The company’s new bike Hunter 350 played a key role in this growth and 18,197 units of this motorcycle were sold. There was a difference of just 796 units between Royal Enfield’s most popular Classic 350 and Hunter 350. However, Enfield’s other powerful vehicles like Meteor 350, Bullet 350, Electra 350, Himalayan and 650 Twins fell far behind in front of it.

At the same time, there has been a lot of demand for Royal Enfield outside the country as well. In August, while Royal Enfield exported 8,451 units with an annual growth of 34.23%, it saw a growth of 17.05% in month-on-month exports. Overall, the company has seen good growth in both.

Speaking on the September 2022 sales, B Govindarajan, CEO, Royal Enfield said, “Buoyed by a good start to the festive season this year and the overwhelming response to the recently launched Hunter 350, we are seeing a growth of over 145%. We are confident that the Hunter 350 will open new markets for us as we move forward.

The Royal Enfield Hunter 350 motorcycle is different from other 350 cc motorcycles offered by the company. It is designed on the basis of a large customer group. It has a modern retro design. The Hunter 350 is powered by the J-series engine used on the Royal Enfield Meteor and the new Classic 350. Which generates 20 bhp and 27 Nm of torque with the help of a 5-speed gearbox.

Also, the starting price of Royal Enfield Hunter 350 is Rs 1.49 lakh ex-showroom. This price makes it the cheapest bike from Royal Enfield. The Hunter 350 competes with the Honda CB 350 RS, Yezdi Scrambler and other motorcycles in the same segment.

The Royal Enfield company is testing a number of motorcycles based on its 650 cc twin-cylinder platform. Also, a new Royal Enfield Himalayan model with a liquid-cooled engine is also being tested in India and globally. All these new motorcycles are expected to debut in the coming months.