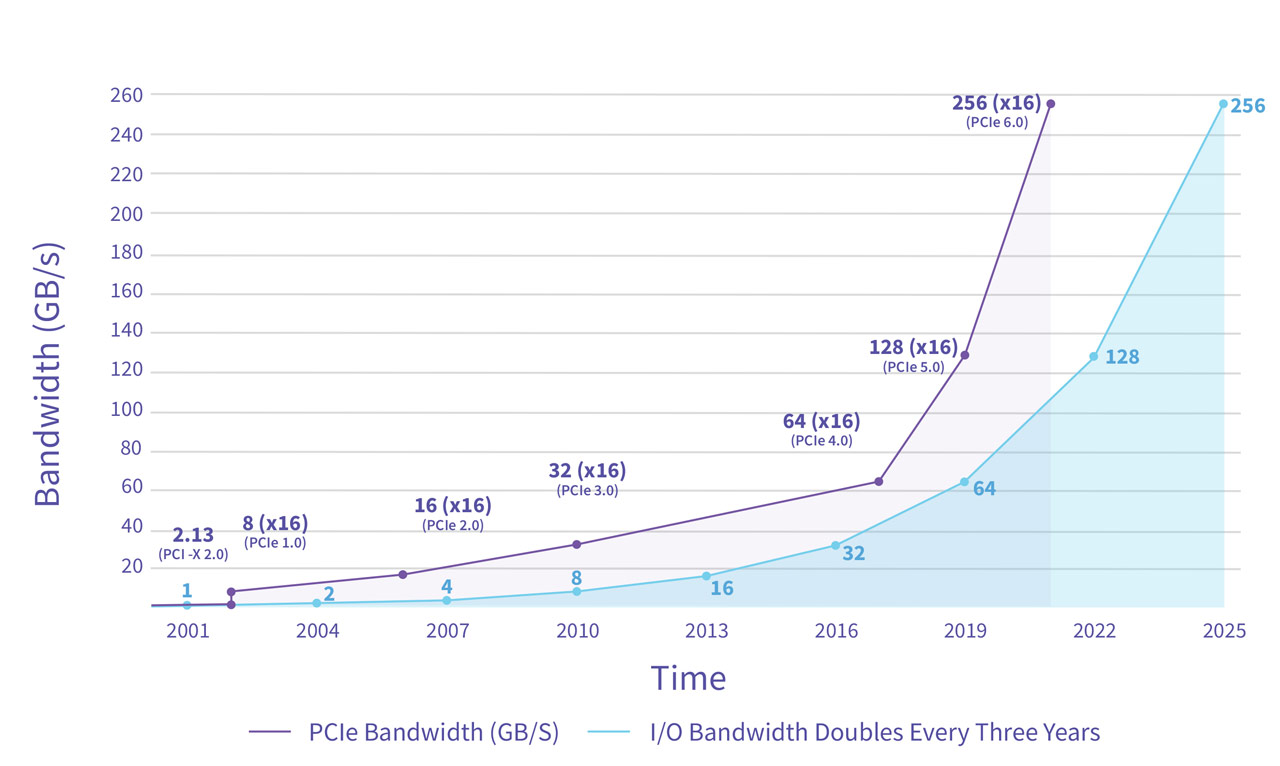 PCI-SIG, the organization responsible for the development and promotion of the PCI Express (PCIe) standard, announced the official release of the PCIe 6.0 specification, which increases the data transfer rate to 64 GT / s, which is double the capabilities of PCIe 5.0.

“PCI-SIG is pleased to announce the PCIe 6.0 specification less than three years after PCIe 5.0,” said Al Yanes, PCI-SIG chairman and president. – PCIe 6.0 technology is a cost-effective and scalable solution that will continue to impact data-intensive markets such as data centers, artificial intelligence and machine learning, high performance computing, automotive, IoT, military and aerospace, and also protects industry investments through backward compatibility with all previous generations of PCIe technology. “