PC monitor sales decline for the first time since the pandemic 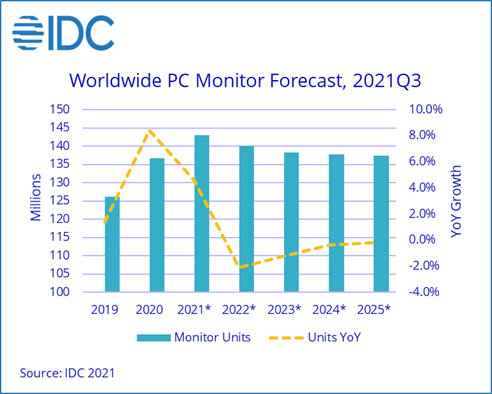 While many countries, especially in the Asia-Pacific region, continued to show strong demand due to the satisfaction of previously placed orders, the key markets in North America and Western Europe saw significant contractions. It is mainly associated with a decrease in consumer demand. Just over 34.8 million monitors were shipped in the third quarter of 2021, down 7.2% from the year before. Moreover, continued supply and logistics problems have further constrained the market.