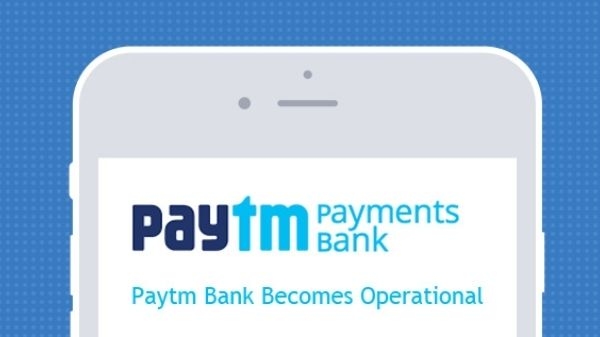 On Friday, March 11, 2022, The Reserve Bank of India (RBI) has directed Paytm Payment Bank to stop adding new customers with immediate effect, which is the RBI’s big deal on Paytm and due to this, Will not be able to add new customers now.

Taking to its official Twitter handle, RBI wrote, “Action has been taken against Paytm Payments Bank Limited under Section 35A of the Banking Regulation Act, 1949.”

According to a statement on the regulator’s website, the action was taken in response to “significant supervisory concerns” at Paytm Payments Bank. RBI, on the other hand, did not disclose further details. Section 35A of the Banking Regulation Act has been used to impose restrictions.

RBI said in its press release, “RBI today, in exercise of its powers, inter alia, under section 35A of the Banking Regulation Act, 1949, has incorporated Paytm Payments Bank Ltd, with immediate effect, for new customers.” ordered to stop doing so.”

In addition, “the bank has also been directed to appoint an IT audit firm to conduct a comprehensive system audit of its IT systems.” Addition of new customers by Paytm Payments Bank Limited will be subject to specific permission granted by RBI after review of the IT auditors’ report,” the RBI press release also said.

According to RBI, this action is based on certain material supervisory concerns observed in the bank.

Section 35A empowers the regulator to prohibit any financial company from acting in a manner which is prejudicial to the interests of the depositors. Customers can deposit in Payments Bank. However, it is not allowed to extend any debt from its balance sheet.

Thus, now after this order of the Reserve Bank of India, Paytm Payments Bank will not be able to add new customers on its platform until it is resolved.