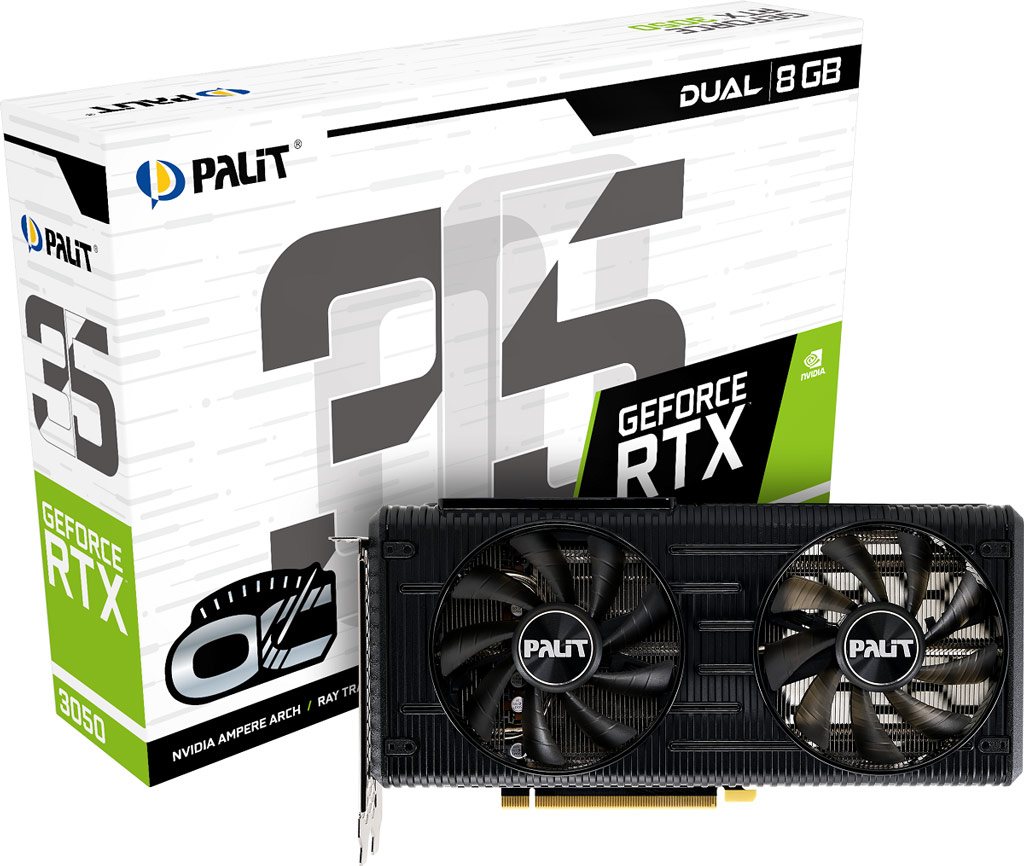 Palit Microsystems, Nvidia’s longtime graphics card partner, has unveiled the GeForce RTX 3050 Dual and StormX series. Each series includes a regular model and an overclocked model, which are distinguished by the letters OS in the name.

The GeForce RTX 3050 is described as “bringing the performance and efficiency of the NVIDIA Ampere architecture to more gamers than ever before.” In addition, the manufacturer calls the GeForce RTX 3050 “the first 50-series desktop GPU to support the latest ray-traced games at over 60 frames per second.”

The Palit GeForce RTX 3050 Dual cooling system design includes two 90mm fans. In a PC case, this card occupies two slots, and its length is 245 mm. The base frequency of the GPU is 1552 MHz, the increased frequency is 1777 MHz. The GPU with 2560 CUDA cores is connected to a 129-bit bus with 8GB of GDDR6 memory operating at 14Gbps. The equipment of the card includes one HDMI 2.1 output and three DisplayPort 1.4a outputs. Power consumption is claimed to be 130 watts. The map is decorated with customizable lighting.

The manufacturer does not provide prices.