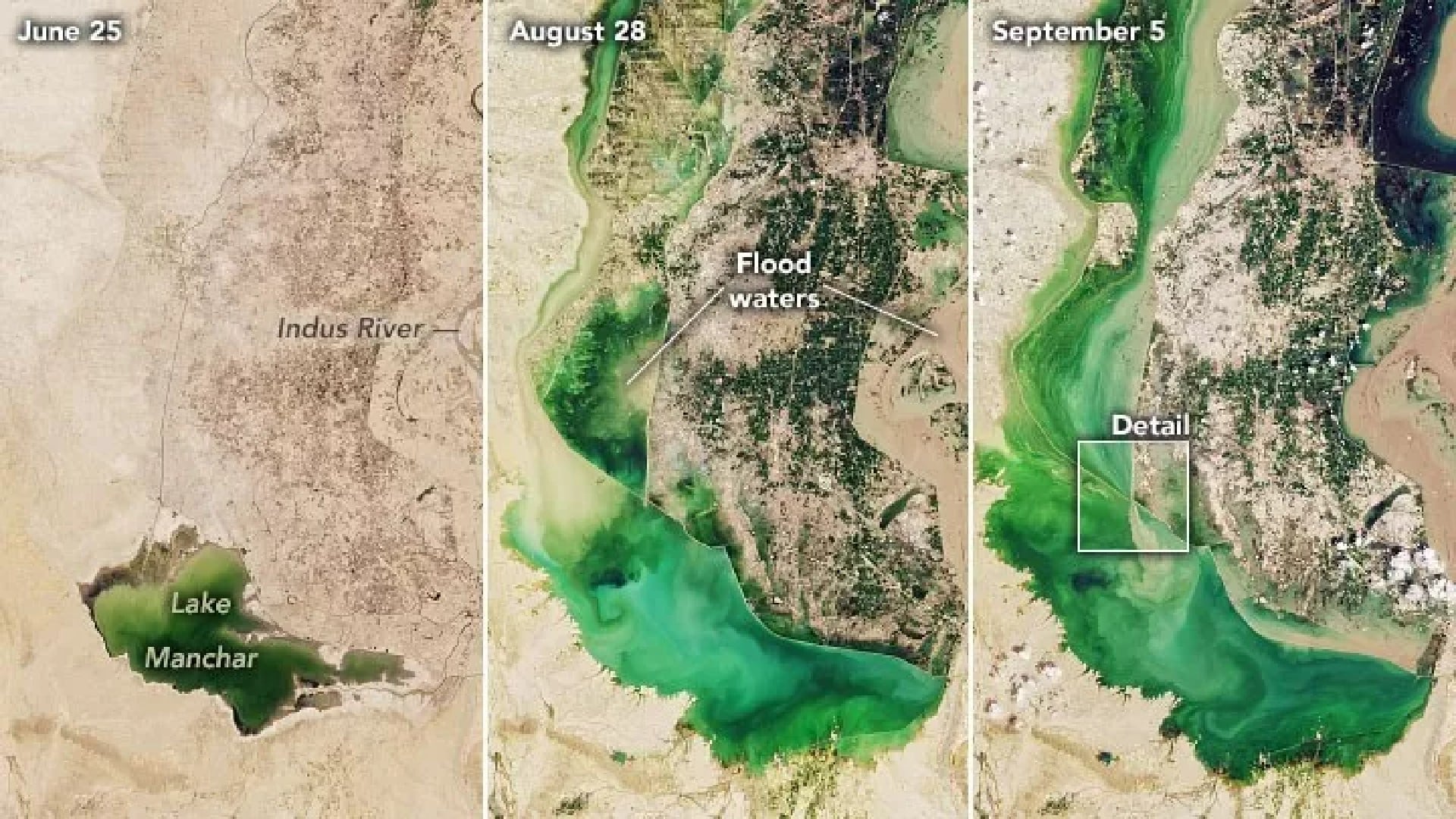 In recent days, Pakistan has seen a period of very heavy rains for several weeks. The rains and floods took the form of a tragedy, in which about 1300 people were reported dead. This rain disturbed the lives of 3.5 crore people. More than 10 lakh houses were destroyed. Provinces like Sindh and Balochistan were greatly affected. New satellite images of this flood show that Pakistan’s largest freshwater lake was flooded in early September and is flowing dangerously. The lake is visible in its present form in July, but it appears to overflow in the photos of 28 August and 5 September.

of space.com Report According to reports, images taken by NASA’s Landsat 8 and Landsat 9 satellites show a crack in the shore of Lake Manchar. Some of these cracks are said to have been intentionally created by the local authorities to prevent the water from spreading into the densely populated areas.

The pictures show the situation on July 25, when the water in the lake was normal. Then on 28 August and 5 September, heavy rains overflowed the lake and the situation in the surrounding areas became dire.

NASA officials have said that about one lakh people living in hundreds of villages spread across the valley are at risk of flooding from this water. The floods in Pakistan are being described as the worst floods in a decade, killing more than 1,300 people and injuring thousands. More than 10 lakh homes have been destroyed in this flood and thousands have been displaced.

Manchar Lake is in the Sindh province of Pakistan. This area is most affected by floods. NASA has said that this year the region has received 5 times the average annual rainfall. It is being said that there may be more rain here in the coming days. On August 30, the government of Pakistan, while declaring a national emergency, sought help from countries around the world. It is being said that the lives of those who have been affected by this flood will take a long time to get back on track.