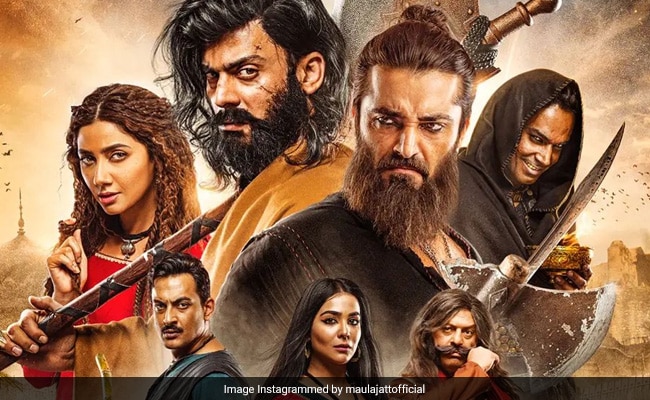 Fawad Khan Movie: Who does not know actor Fawad Khan. If we talk about Bollywood, then there are many such Pakistani actors who get a lot of love from the audience. Fawad Khan is one of them. The magic of his charm and acting is intact even in Bollywood. Now a few days ago his film ‘The Legend of Maula Jatt’ was released. And the film has enthralled the audience since its opening till now. The film has crossed all the earning figures so far and has entered the 200 crore club.

, The Legend of Maula Jatt , such was the opening

According to the reports, it is the most expensive of Pakistan. Film Is. ‘The Legend of Maula Jatt’ has been directed beautifully by Bilal Lashari. The film has been released in Punjabi language. This film has been very successful in entertaining the audience. The film has created great records ever since its release on 13th October by earning handsomely. This film has done a business of more than 80 crores in its country. At the same time, this film has earned about 120 crores on the international label.

Fawad Khan’s film ‘The Legend of Maula Jatt’ movie theaters I have a strong hold on The film has so far earned an entry in the club of 200 while earning on the worldwide label. In the coming time, this film is going to make a lot of impact on the new films being released. The film has set a benchmark by giving such a stupendous performance at the box office.

Story and cast of the film

The Legend of Maula Jatt has become the first Punjabi film to become the highest grosser worldwide. In this film, along with Fawad Khan, Mahira Khan, Hamza Ali Abbasi and Humaima Malik are seen in the lead roles. Let us tell you that at the UK box office, this film has left behind Ajay Devgan, Ramcharan and Alia Bhatt starrer film RRR in terms of earnings.