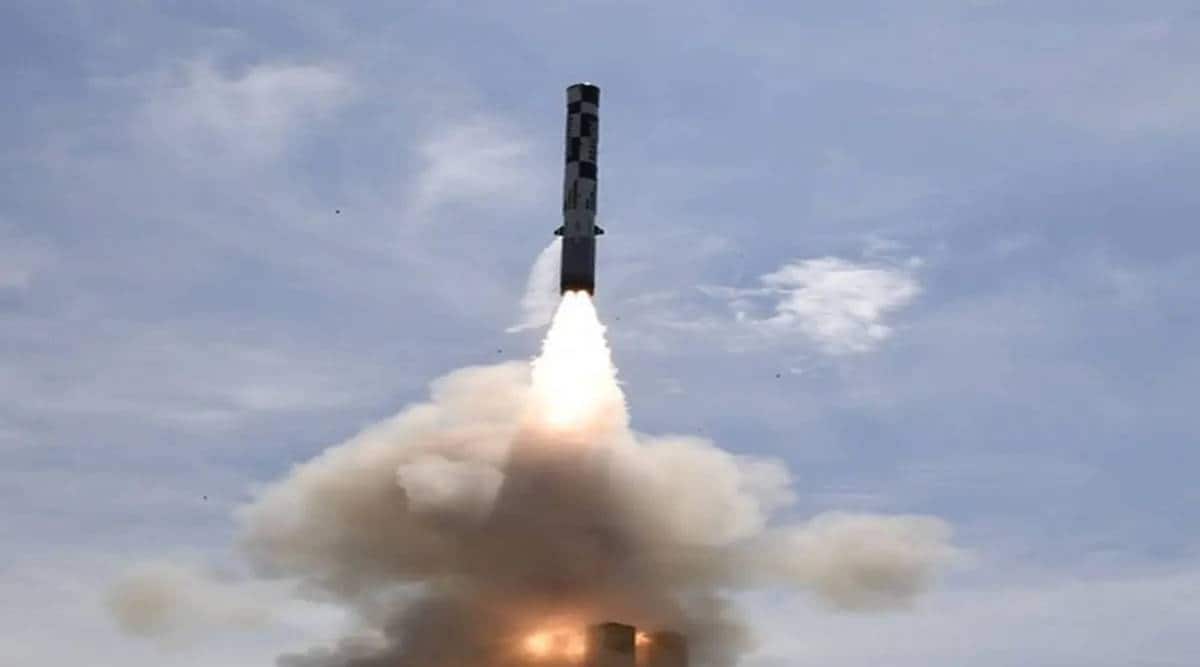 On Tuesday, India’s Ministry of Defence said the services of three officers of the Indian Air Force were terminated after a Court of Inquiry (CoI) found that deviation from the Standard Operating Procedures (SOPs) by them led to the accidental firing of the Brahmos missile that landed in Pakistan’s Punjab province, prompting Islamabad to lodge a strong protest over it.

Pakistan has rejected India’s action over the March 9 accidental firing of a supersonic Brahmos missile that landed in its territory as “totally unsatisfactory, deficient and inadequate” and reiterated its demand for a joint probe into the incident. On Tuesday, India’s Ministry of Defence said the services of three officers of the Indian Air Force were terminated after a Court of Inquiry (CoI) found that deviation from the Standard Operating Procedures (SOPs) by them led to the accidental firing of the Brahmos missile that landed in Pakistan’s Punjab province, prompting Islamabad to lodge a strong protest over it.

The Foreign Office in a late night statement on Wednesday said Pakistan has seen India’s announcement of the findings of an internal CoI regarding the “incident of firing of a rogue supersonic missile” into its territory and the decision to terminate the services of three IAF officers reportedly found responsible for the reckless incident. “Pakistan categorically rejects India’s purported closure of the highly irresponsible incident and reiterates its demand for a joint probe,” it said.

“As expected, the measures taken by India in the aftermath of the incident and the subsequent findings and punishments handed by the so-called internal Court of Inquiry are totally unsatisfactory, deficient and inadequate,” the statement said.It alleged that India has not only failed to respond to Pakistan’s demand for a joint inquiry but has also evaded the questions raised by it regarding the command and control system in place in India, the safety and security protocols and the “reason for India’s delayed admission of the missile launch”.It said systemic loopholes and technical lapses of serious nature in handling of strategic weapons “cannot be covered up beneath the veneer of individual human error”.

“If indeed India has nothing to hide, it must accept Pakistan’s demand for a joint probe in the spirit of transparency,” the statement demanded.It further said the “imprudent Indian action” of March 9 had “jeopardised” the peace and security environment of the entire region while “Pakistan showed exemplary restraint” which was a testament of its systemic maturity and abiding commitment to peace as a responsible nuclear state.

Pakistan reiterated its demand that the Indian government must immediately provide specific responses to the queries raised by Islamabad after the incident and accedes to its call for a joint probe. Pakistan’s military said on March 9 that an unarmed projectile entered its airspace travelling 124 km from Suratgarh in Rajasthan. The missile fell to the ground near Mian Channu city in Punjab province, causing damage to civilian property.

On March 11, the Defence Ministry said the missile was fired accidentally and it landed in Pakistan.The ministry had said then that it was caused by a technical malfunction in the course of the routine maintenance of the missile, adding the government has taken a serious view of the incident.

Meanwhile, in an editorial, The Express Tribune newspaper noted that given the capability of the weapon, the hours between the launch and the explanation were among the tensest in decades. br”It was thus fortunate, not just for both countries but the entire world, that cool heads prevailed,” the editorial commented. News Soure – PTI/financialexpress.com