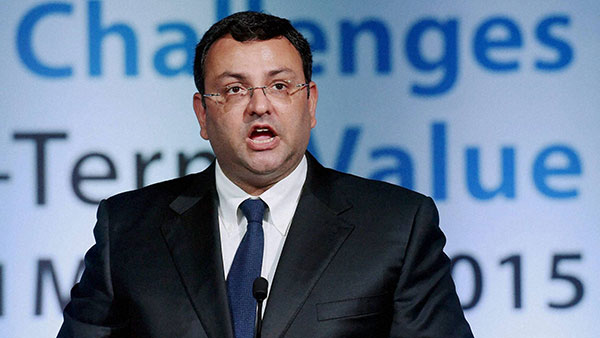 The Mercedes-Benz GLC in which all four passengers were traveling is a luxury SUV. It is one of the most popular models from the Mercedes-Benz brand and is considered to be the safest SUV in terms of passenger safety. The Mercedes-Benz GLC that comes in 220d 4Matic and 300 4Matic variants enjoys the highest safety rating with 5-star ratings in both the variants in the tough Euro NCAP tests.

The SUV is equipped with multiple airbags and a host of safety features to minimize damage at the time of an accident. The SUV gets a pre-tensioner seat belt which automatically tightens the seat belt in case of a collision.

A total of seven airbags have been given in this SUV which can protect the passengers from head to toe. It also has airbags to protect the feet of the front passengers.

Preliminary investigation revealed that the accident was caused by over speeding and loss of control. According to the information, Cyrus Mistry was in the car along with Mumbai-based gynecologist Anahita Pandole and two others. This car was going from Ahmedabad to Mumbai. Cyrus was sitting in the back seat of the car while Anahita was driving the car.

Investigation revealed that Anahita was driving the car at a very high speed and while trying to overtake the car in front, her car rammed into a divider. The collision was so strong that both the person sitting behind with Cyrus died on the spot while Anahita and the person sitting opposite her suffered serious injuries. At present, both are being treated in a hospital in Mumbai.

It has been revealed in the report that while passing through Palghar district, the car had covered 20 km in just 9 minutes. It is being claimed in some reports that his car was running at a high speed of 134 km / h. It is also being told that both Cyrus and the person sitting behind him did not put on the seat belt, due to which he suffered the most in the collision.

Road safety remains a matter of concern in the country. Since India has the highest number of road accidents, India’s roads have been recognized as the most unsafe internationally. According to official figures, over 1.55 lakh people died and over 4 lakh were injured in road accidents last year.