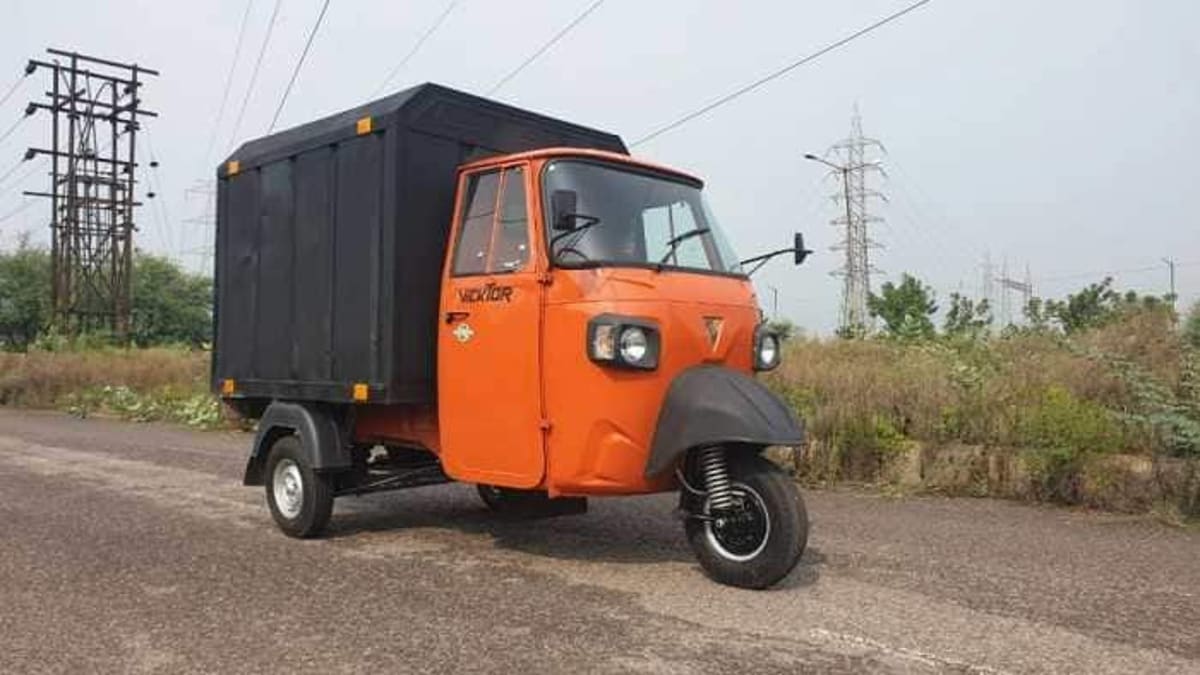 With the increase in the sales of electric two-wheelers and four-wheelers, the launch of electric three-wheelers in the country also seems to be increasing. Owing to the growing demand for electric vehicles in the commercial space, Omega Seiki Mobility has launched a new electric three-wheel cargo vehicle named OSM ViCKTOR in India. One of the highlights of this electric cargo vehicle is its long range, as the company claims it is 250 km on a full charge. The company has also claimed that it is a three-wheeler with the widest range in the country.

Omega OSM ViCKTOR price in India is Rs.5 Lakh (Ex-showroom, Delhi). This price includes subsidy. However, this price will be for the initial 100 buyers, after which there will be a slight increase in the price. The company claims that the deliveries of this electric three-wheeler cargo will start from November this year. Customers wishing to buy OSM ViCKTOR can book it for Rs 9,999. Booking has started.

Coming to the specifications, the OSM ViCKTOR gets a 20 kWh capacity Lithium-Ion battery pack, thanks to which this electric cargo gives a range of 250 km on a single charge. As we mentioned, the company is claiming that it is currently the electric three-wheeler offering the highest full charge range in India.

In addition, the OSM ViCKTOR vehicle-mounted electric motor generates a maximum power output of 12.8 kW and peak torque of 430 Nm, giving it a payload capacity of 450 kg. It gets telematics, GPS assistance, 2 driving modes and more importantly a ground clearance of 175 mm. Coming to Omega Secy Mobility’s Victor Electric three-wheeler warranty, it will be given a warranty of 3 years / 80,000 km.