OPPO Reno2 Blast: There was a sudden blast in the mobile while running WhatsApp, the company denied! 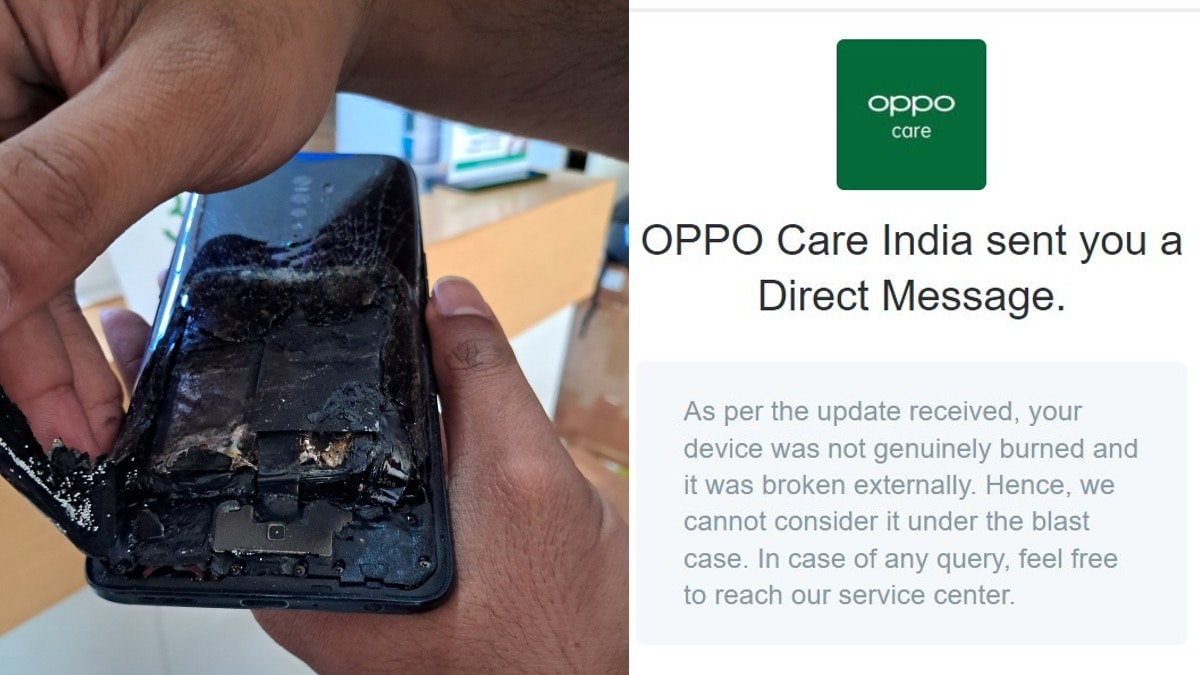 A case of fire has reportedly come to light in the OPPO Reno2 smartphone. A user on Twitter has claimed that his smartphone suddenly caught fire. The matter has been reported earlier this month. Users also seem to be quite annoyed with OPPO’s customer service, as they say that even after several weeks have passed, OPPO is not taking the matter seriously.

Vamshi (@vamshi6421) posted a long thread of tweets about her alleged OPPO Reno2 Told about the complaint about the fire in the smartphone and the lack of satisfactory action from the customer service. Starting the thread, a Bengaluru-based user said that he was using the WhatsApp app on his OPPO Reno2 (256GB variant) when all of a sudden his phone started erupting and the phone exploded.

Oppo has once again proved to be the worst brand ever. I was just randomly scrolling through WhatsApp on my phone(Oppo Reno 2 256 GB). Suddenly fumes began to come out and the phone blasted.

According to the tweet, the accident happened on June 22 in Indranagar, Bengaluru. The user claims that his phone was not in charging at the time of the blast. This thread of the tweet is from July 6. After this, the user also shared pictures of his phone through another tweet on July 7, in which the back side of the phone is shown. In these pictures, the back panel of the phone is seen completely burnt due to the fire. From a picture it appears that these pictures OPPO taken at the service center.

After this, the user shared the reply received by OPPO on July 8, in which the company has said that “the internal parts of the mobile phone are not really burnt, but the outer part of the phone is damaged. In such a situation, we call it as a blast case.” I can’t accept that.”

The user has claimed that after this incident, he has also found out several other such reported complaints and has also requested the company to investigate other models manufactured in the batch of the phone.