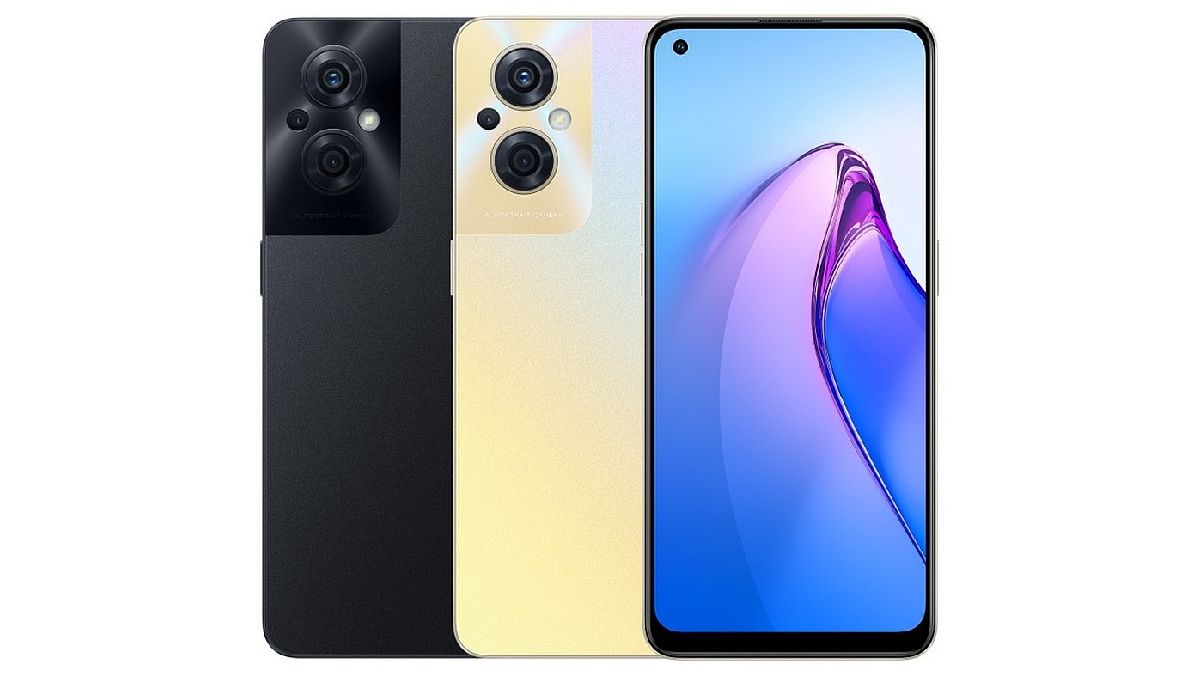 Oppo Reno 8Z 5G smartphone was launched in Thailand on Thursday. It has a 6.43-inch display and a 64-megapixel primary rear camera. It is powered by Octa-core Qualcomm Snapdragon 695 processor and Adreno 619 GPU. This smartphone runs on ColorOS 12.1 based on Android 12. The Reno 8Z 5G is a dual-SIM handset with Bluetooth v5.1 connectivity. The smartphone comes with a USB Type-C port, houses a 4,500mAh battery with support for 33W SuperVOOC charging. The phone also gets a fingerprint scanner and face recognition for biometric authentication.

The Oppo Reno 8Z 5G has been listed on a retailer website in Thailand for THB 12,990 (approximately Rs 28,600). It is listed in 8GB RAM + 128GB storage model and is available for pre-order in Dawnlight Gold and Starlight Black color options. As per the listing, it will be available for pre-order till August 18. The company has not yet announced plans to launch the handset in other markets including India.

Oppo Reno 8Z 5G is a dual-SIM (Nano) handset. It runs on ColorOS 12.1 based on Android 12. The phone has a 6.43-inch display with full-HD + (2,400×1,080 pixels) resolution, 60Hz refresh rate, 16.7 million colors support and 90.8 percent screen ratio. According to the company, this phone gives a peak brightness of up to 600 nits in the maximum exposure mode. It reduces blue light by 12.5% ​​and is SGS certified. The device is also HD certified for Netflix and Amazon Prime Video.

Coming with fingerprint scanner and face recognition function, the Oppo Reno 8Z 5G is backed by a 4,500mAh battery with 33W SuperVOOC charging. The company has claimed a battery life of 447 hours with a charging time of 63 minutes. It is also claimed that the handset will give up to 3 hours of call time with 5 minutes of charge.