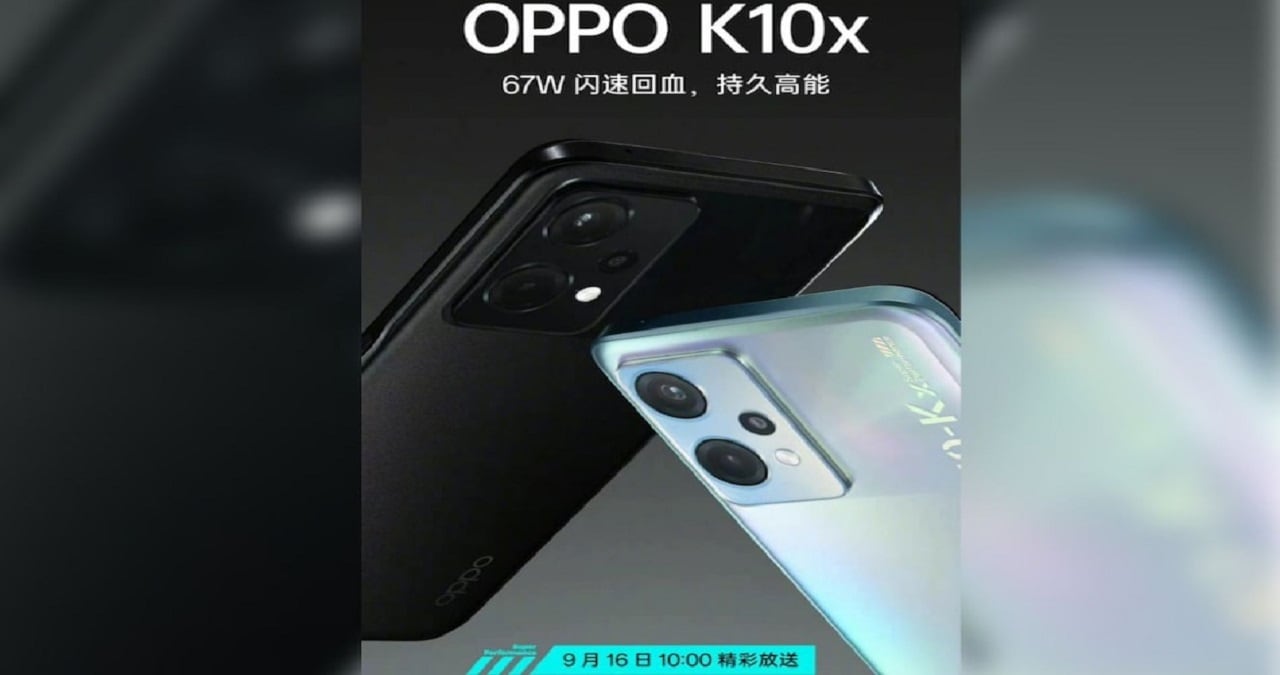 The Oppo K10x 5G is set to launch in China on September 16, according to the JD.com listing. However, information about the price of the phone has not been given on the retailer’s website. However, some key specifications of the upcoming Oppo smartphone have definitely been revealed. Oppo K10x 5G will have an LCD display with 120Hz refresh rate, a hole-punch cutout for the selfie camera. 64MP triple rear camera setup can also be given in this. Along with this, the phone has been seen on the benchmarking website ahead of the China launch.

According to online retailer JD.com, the Oppo K10x will be launched in China on September 16. launch Will happen. The specifications of the upcoming smartphone have also been listed on the website. Oppo K10x will get 120Hz refresh rate with LCD display. It has a hole-punch cutout for the selfie camera, which is given on the top-left corner of the touchscreen.

Qualcomm Snapdragon 695 SoC can be given in Oppo K10x. 67W fast charging support will be provided in the phone with 5,000mAh battery. The company has not yet disclosed the price of this phone. Whether or not Oppo K10x will launch in the global market, whether it will be launched in India or not, it has not been disclosed yet.

Tipster Panda has also revealed the specifications of the Oppo K10x on the microblogging website Weibo. 6.59-inch LCD display can be given in the phone. It will have 64MP main rear camera, two 2MP rear cameras. A 16MP selfie camera will be given in its front.

Additionally, an Oppo smartphone with model number PGGM10 has been spotted on Geekbench. saw has gone. Gizmochina’s One Report According to, this listing is of Oppo K10x. According to the Geekbench website, the handset will come with 12GB of RAM. According to the listing, the phone can be based on Android 12. The SoC of the smartphone will run at 1.80GHz. As per the listing, the Oppo K10x has scored 3,231 in single-core performance and 8,120 in multi-core performance.