Oppo Find X4 is similar to Xiaomi Mi 11 Ultra and Mix 4 at the same time. CAD-renders of the new Oppo flagship are published 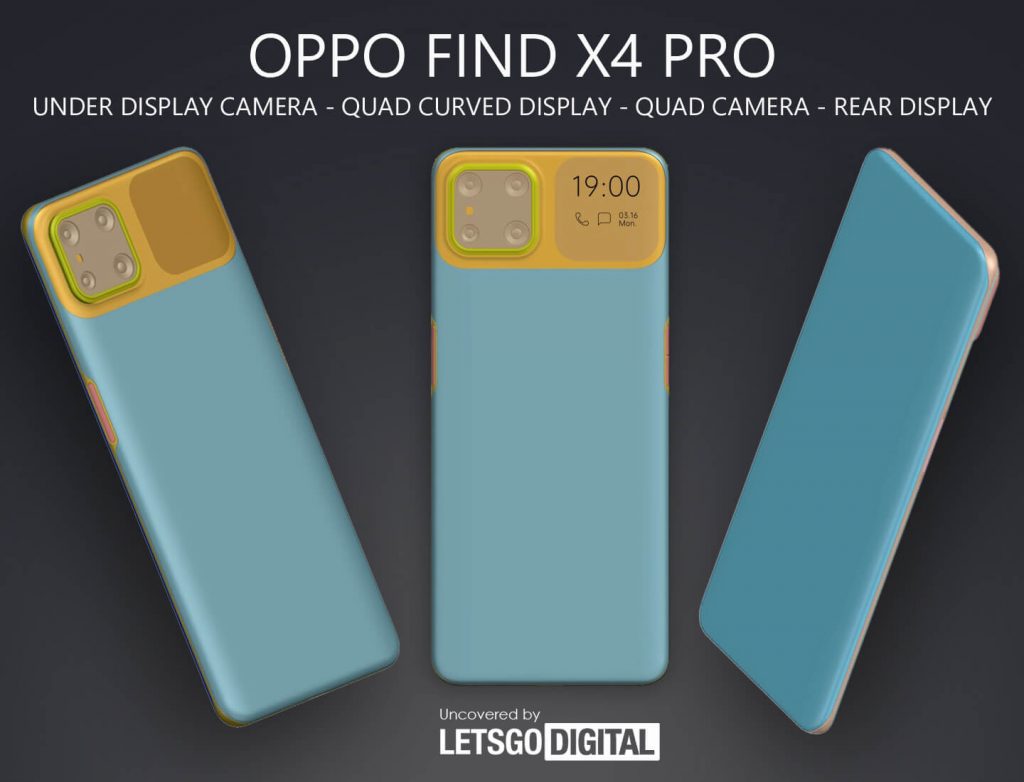 A source that often publishes renders of unofficial smartphones, cited images of the Oppo Find X4 – the company’s promising flagship, which is expected to debut in the spring of 2022. These pictures are taken from Oppo’s patent application filed on September 1, 2020 with the Chinese Patent Office. On December 14, the documents were freely available.

The patent is accompanied by 48 images, 18 of which showcase a promising Oppo smartphone. The source believes that this is exactly what the new flagship Find X4 will look like. As you can see, the device received a screen curved on all four sides and a small additional display in the main camera block. Similar to the Xiaomi Mi 11 Ultra. The main display is large and lacks a cutout for the front camera – it is sub-screen, like the Xiaomi Mix 4.

The source does not provide technical details about the Find X4, but there is no doubt that, as a flagship, it will receive both the corresponding camera and a single-chip platform: Snapdragon 8 Gen 1 or Dimensity 9000. The device is expected to premiere in March 2022.