Oppo A1 Pro series smartphone will be launched soon, know specification and features 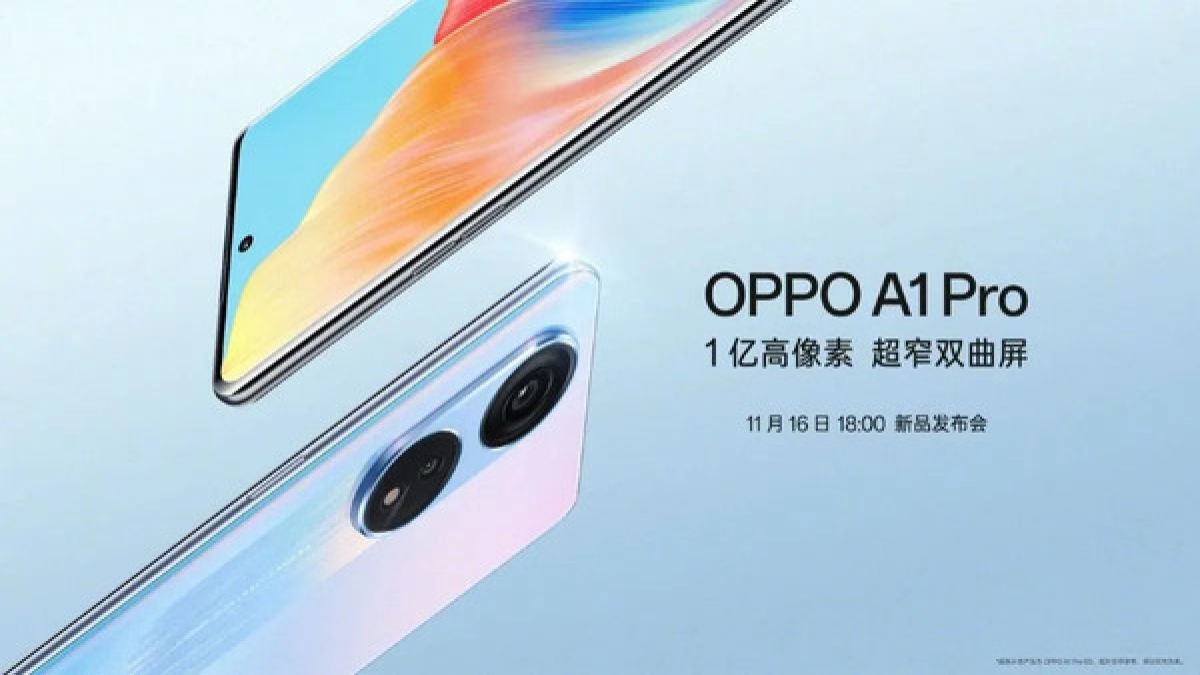 The launch poster of the upcoming Oppo A1 Pro reveals the complete design of the smartphone. The smartphone will feature a curved display panel with a centered punch-hole notch. The upcoming A-series smartphone also sports a dual-rear camera setup with a 108MP camera. Let’s take a look at what we know about the Oppo A1 Pro.

Oppo A1 Pro: Specifications and Features

Oppo A1 Pro with model number PHQ110 was recently spotted on Geekbench benchmark database. The benchmark listing for the smartphone has revealed that it will be powered by the octa-core Qualcomm Snapdragon 695 processor.

The Qualcomm Snapdragon 695 is based on the 6nm manufacturing process and brings with it an integrated Adreno 619 GPU. This is the same processor that powers the POCO X4 Pro 5G, Realme 9 Pro 5G, Redmi Note 11 Pro+ 5G, and several mid-range handsets.

Oppo A1 Pro will be the first A-series smartphone from Oppo to come with a curved display panel. It will be sporting a 120Hz AMOLED display with Full HD+ resolution and 6.7-inch size. The fingerprint scanner is not visible anywhere in the image, so we can expect an in-display fingerprint scanner on the device.

The upcoming Oppo A1 Pro will also be the first A-series smartphone to feature a 108MP camera setup. It will be equipped with a dual-rear camera setup and an LED flash. These camera sensors and LED flash will be placed inside two circular cutouts.

The Oppo A1 Pro is said to pack a 5000mAh battery with 67W fast charging support. The upcoming A-series smartphone will launch in two configurations – 8GB + 128GB and 12GB + 256GB. It was spotted on Geekbench with 8GB of memory. The smartphone is said to use LPDDR4X RAM and UFS3.1 storage.

Oppo A1 Pro will come pre-loaded with ColorOS 13 based on Android 13. The device sports a matte finish back panel with a gradient design. However, a vertical strip is provided with the camera module.