Only female staff will sell mobiles in this Samsung store, know where it started 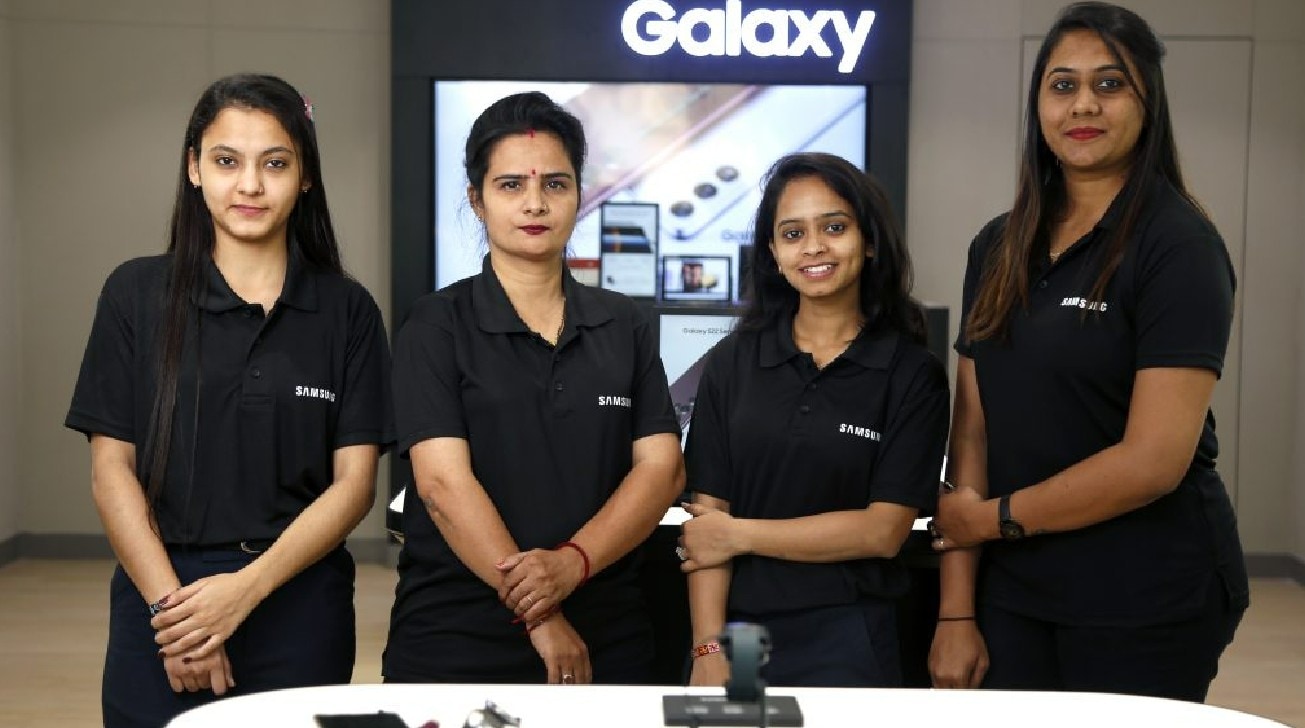 Tech giant Samsung has opened its first mobile store in India, which is staffed entirely by women. It was started in Ahmedabad on the occasion of International Women’s Day. It is also part of the company’s #PoweringDigitalIndia initiative. The store aims to increase Samsung’s market share in the Indian subcontinent by promoting the power of women. An attempt has been made to provide a new shopping experience to the customers at Samsung Smart Cafe through female staff setup.

The store managers, Samsung Experience Consultants and other staff working here have received specialized training in the ‘Samsung Galaxy ecosystem’ as well as accounting, inventory management and customer service. in this store By reaching, customers can experience the full range of Samsung mobile devices. can buy them. These include Galaxy S22 series smartphones, Galaxy Tab S8 series, Galaxy Buds2 And Galaxy Watch4 Are included.

Commenting on the new store, Ken Kang, President and CEO, Samsung Southwest Asia, said, “The company is excited to set up the first all-women mobile store in India. He added that this mobile store fits perfectly with Samsung’s values. According to Kang, Samsung is focused on increasing the number of women in its workplace.

On International Women’s Day, Samsung has also established an Employee Resource Group (ERG) called WiSE (Women in Samsung Electronics), which will provide support and support to women employees in personal and career development.

Talk about Samsung’s new flagship devices, so the company has Galaxy S22, Galaxy S22+ And Galaxy S22 Ultra Smartphones have been launched worldwide. The Galaxy S22 series has several upgrades over the last year’s Galaxy S21 series. Being the most premium model in the series, the Galaxy S22 Ultra smartphone is equipped with the support of S Pen, so that users can get the same feel as Galaxy Note smartphones. Qualcomm’s Snapdragon 8 Gen 1 SoC has also been given in all Indian versions of the Galaxy S22 family.