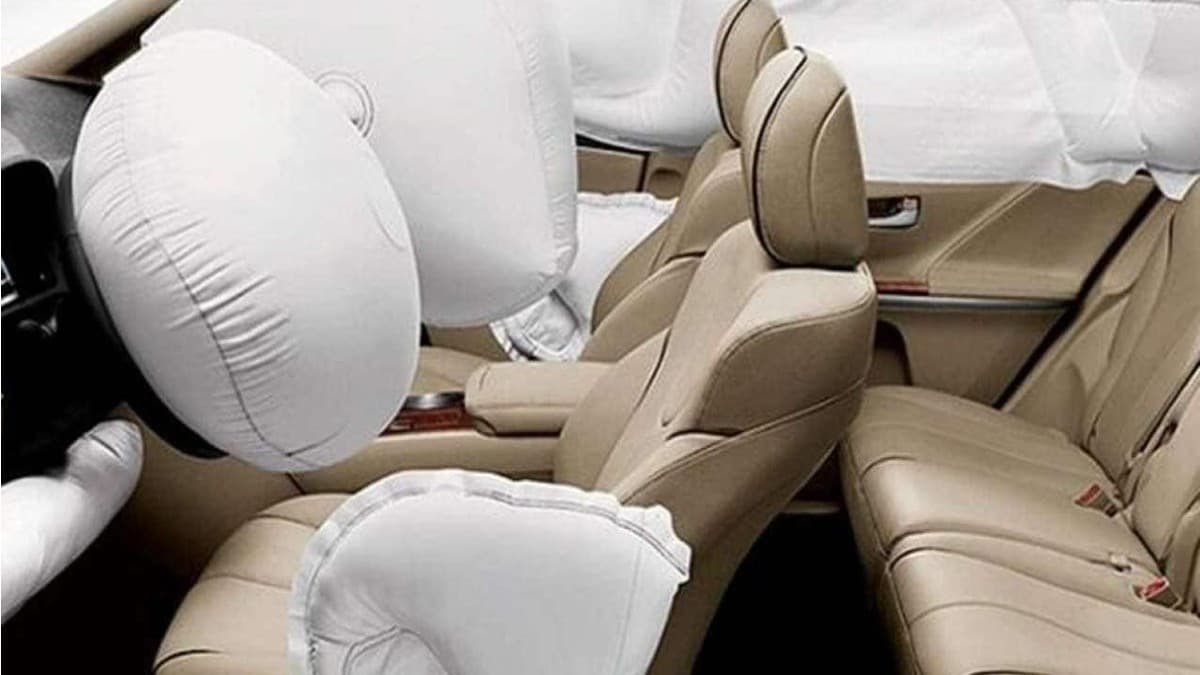 Airbags are very important in terms of safety in cars. The government has instructed the car manufacturers to install 6 airbags in the car. But only 17% of the cars sold every month in India have 6 airbags. The Ministry of Road and Transport and Highways has said this in reply to a question in the Rajya Sabha. It states that out of 3 lakh 27 thousand 730 passenger cars sold in India, only 55,264 units have 6 airbags. This is only 17% of the total cars sold.

On behalf of the Ministry of Road and Transport and Highways, Nitin Gadkari made a statement in the Rajya Sabha. question answer Giving that only 17% of the cars in India have 6 airbags. from the ministry Society of Indian Automobile Manufacturers (SIAM) figures have been cited. According to which out of 3 lakh 27 thousand 730 passenger cars, only 55,264 units have 6 airbags. Together it has been said that the country’s airbag production capacity is 2.27 crore, which is expected to increase to 3.72 crore next year.

Car manufacturers have been instructed by the ministry to provide 6 airbags in passenger cars. It has been said that from October 1, 2023, it will be mandatory to provide 6 airbags in the M1 category, i.e. passenger cars. Road Transport and Highways Minister Nitin Gadkari had informed about this through a tweet a few days ago. He had said that the safety of the passengers traveling in the motor vehicle is the first. It should not care about the cost and variants. He had said that some companies are opposing it but saving lives is the first priority and cooperation of stakeholders is needed for this.

Considering the global supply chain constraints being faced by the auto industry and its impact on the macroeconomic scenario, it has been decided to implement the proposal mandating a minimum of 6 Airbags in Passenger Cars (M-1 Category) w.e.f 01st October 2023.

In response to a question in the Rajya Sabha, the Ministry has said that the estimated cost of 4 airbags is around Rs 6,000. It has also been said by the ministry that the scheme of production-linked incentives has also been given for automobiles, in which incentives are given for airbag applications such as inflators, airbag electronic control units and sensors of airbags, etc. The central government’s decision to make 6 airbags mandatory will put an additional burden on automobiles, especially in economy models, as companies are yet to fully recover from the Covid and chip shortage crisis. Due to this, many automobile companies in India are going to increase the price of their vehicles from next year, in which companies like Tata Motors, Maruti Suzuki, Mercedes-Benz India have already announced it.