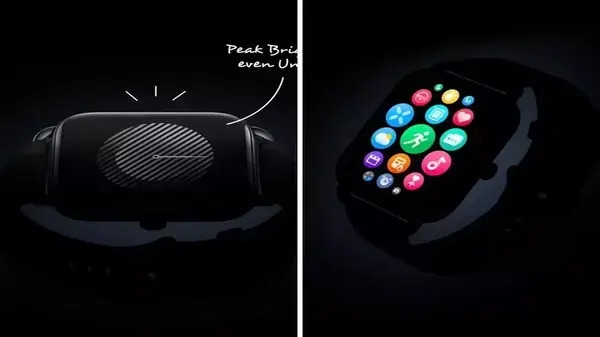 OnePlus Nord Watch will be launched in India soon. While the company hasn’t revealed the exact launch date yet, the wearable has now been listed on the Amazon India website, which shows that the event is not too far away. This product will be put up for sale through e-commerce giant Amazon.

The Amazon listing doesn’t explicitly state what the smartwatch might cost. But, tipster Mukul Sharma is claiming that the OnePlus Nord Watch will cost Rs 10,000. It seems like a lot, the features that OnePlus has revealed so far are found on budget watches as well.

A report has claimed that the price could be significantly lower. He also revealed that OnePlus has gained access to the Nord Watch retail box, which it says is priced at Rs 6,999. Hence, the actual price is expected to be lower than this. As shown in the teaser, we expect the device to be priced around Rs 5,000. We will know the official pricing in a few days. OnePlus is already selling a premium smartwatch for Rs 14,999.

Coming to the specifications, the OnePlus Nord Watch will have a rectangle dial and the screen will refresh at 60Hz. The company is claiming that more than 100 watch faces have been supported in the device. It has a 1.78-inch display, which is much bigger than the watches available in the market.

The teaser revealed that the watch will feature an AMOLED display. It will have support for 500 nits peak brightness and will operate at 368 x 448 resolution. A single navigation button is also given on the right side of the dial. The teaser reveals that the OnePlus Nord Watch will come with features like heart rate monitoring, SpO2 tracking, step monitoring and more. Anyone can control their phone’s music using the watch.

Some details of OnePlus Nord Watch are yet to be revealed

OnePlus has confirmed that the device has 105 fitness modes, which include indoor and outdoor walking as well as running. There are other ways like yoga and cricket. Rest of the details have not been officially disclosed yet.