Veteran smartphone company One Plus is soon going to launch a new smartphone under its Nord series in India. Whose name will be OnePlus Nord CE 2 Lite (OnePlus Nord CE 2 Lite 5G). The company will reveal the new phone in the country on April 28. OnePlus had teased an event for the launch of the phone, in which OnePlus Nord Buds will also be launched along with the phone. Ahead of the launch of OnePlus Nord CE 2 Lite 5G, the company has shared a teaser image of the phone. In which the phone has been seen online for the first time. Along with the design and look, the specifications of the phone have also been revealed. According to which, the handset will be equipped with the octa-core Snapdragon 695 SoC, paired with 8GB of RAM. Also, it can have a triple rear camera setup, which will have a 64-megapixel primary sensor. 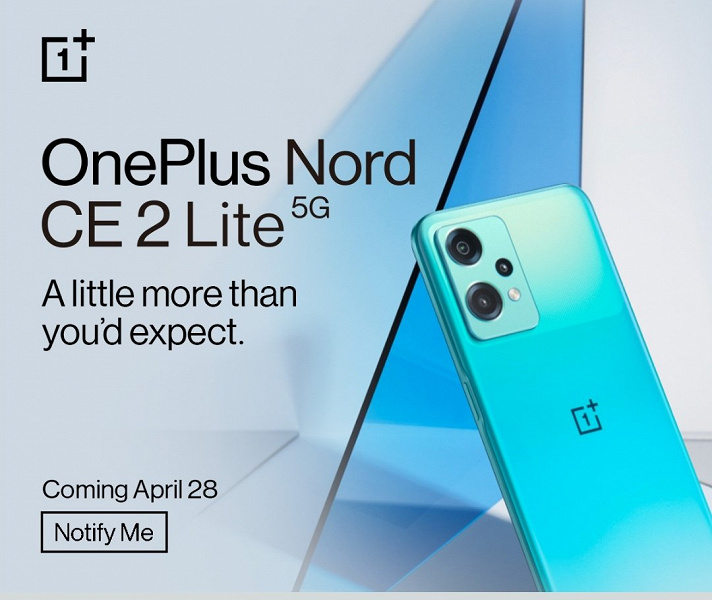 The teaser image of the phone has been posted on Twitter. Due to which the rear design of the upcoming OnePlus smartphone can be guessed. The phone will sport a triple camera setup that looks similar to the rear camera module on the Realme 9 Pro + 5G. On the back of the phone, the OnePlus logo is placed in the middle of the rear panel, while the power button is placed on the right side of the phone. Also, a 3.5mm headphone jack can be given at the bottom of the smartphone device.

However, the price of the phone has not been disclosed. But, under the old model of the phone, it is believed that it can come with an initial price of Rs 20,000. Or else its price may be less than this price range. The official price value along with the RAM and storage variants of the smartphone will be revealed on April 28.

The OnePlus Nord CE 2 Lite 5G is likely to sport a 6.59-inch display. Also, it can come with the octa-core Snapdragon 695 SoC which will be paired with up to 8GB of RAM. According to the report, the handset can be equipped with up to 256GB of inbuilt storage.