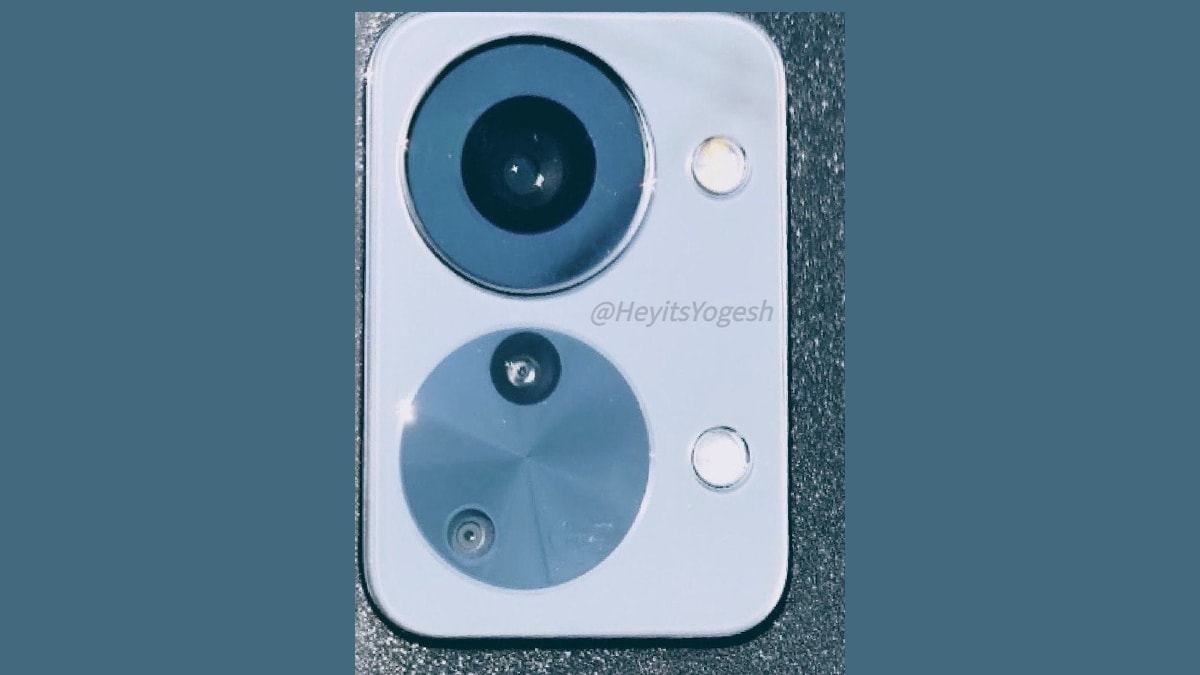 Camera specifications of OnePlus Nord 2T have been leaked online. This upcoming smartphone of OnePlus will be the latest addition to the Nord series. Even before this, a leak had surfaced regarding the design of the phone. Now its camera details have also been revealed in another online leak, according to which, the phone will have a 50MP primary camera. A tipster has shared the image of the rear panel of the phone on his Twitter handle. It shows a close-up shot of the camera module.

Tipster Yogesh Brar (@heyitsyogesh) posted on Twitter. Post We have revealed the camera specification of OnePlus Nord 2T. Tipster has shared the image of the rear panel of the phone. Two camera rings are visible in it. A 50-megapixel primary camera has been given in the top camera ring visible in the module. Tipster says that it will be equipped with Optical Image Stabilization (OIS) feature. While the second ring has an 8-megapixel Sony IMX355 ultrawide lens. Apart from this, the phone also has a third lens which is a 2-megapixel GalaxyCore monochrome sensor. For selfies, the phone will have a 32-megapixel Sony IMX709 camera, it is said.

The OnePlus Nord 2T will feature a 6.43-inch AMOLED display with FullHD+ resolution and a refresh rate of 90Hz. It has been said about the phone that it will come out of the box with Android 12 and will have OxygenOS 12 skin.

The Dimensity 1300 chipset can be seen in OnePlus Nord 2T, which can be paired with up to 12 GB of RAM and up to 256 GB of storage. The phone will be backed by a 4,500mAh battery with 80W SuperVOOC charging feature. In-display fingerprint scanner can be seen in this phone. There are speculations about its launch that the phone can be launched in India between April and May. Its price is being told between 30 thousand to 40 thousand rupees.