OnePlus Nord 2T with 12GB RAM will be launched with bigger camera module and sandstone finish! 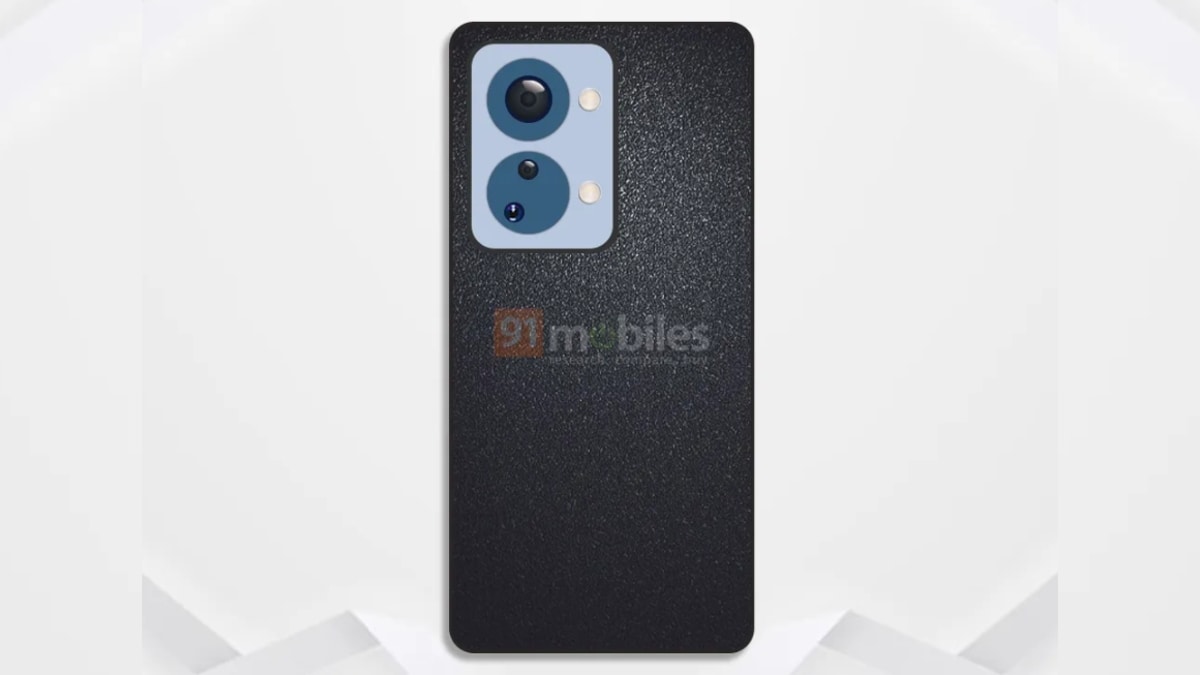 The ‘classic OnePlus sandstone finish’ may return on the back panel of the OnePlus Nord 2T smartphone. This information has come to the fore from the claims being made about the phone. According to this, a large camera module will be given in the back side with three cameras in the phone. There are reports that OnePlus Nord 2T is being tested in India. It is expected to get a hole-punch display for selfies in the top left corner. Earlier there was news that this phone of OnePlus can be launched in India in April or May. It will replace the OnePlus Nord 2.

A render of the OnePlus Nord 2T by 91Mobiles Report have appeared in. The phone is seen with a rear panel, which has a black sandstone finish. This finish is similar to that given on the OnePlus One and OnePlus 2 smartphones. The rear panel of the phone houses a large camera module. The render shows that the camera module will have two large rings. These will fit three rear camera sensors. The main camera sensor can be given in the top ring, while the second ring will have two sensors. There are two LED flashes right next to the camera ring. Phones usually have a single LED flash, but the OnePlus Nord 2T will stand out from the rest in this respect. At the same time, the selfie camera in its display will be fitted in the hole-punch cutout in the top left corner.

One Report It was said that this phone of OnePlus will be launched in India in April or May. The price of OnePlus Nord 2T can be between Rs 30,000 and Rs 40,000. The report also claims that the base variant of the phone will cost less than Rs 30,000.

A report in January this year said that the OnePlus Nord 2T smartphone will run on OxygenOS 12 based on Android 12. It will feature a 6.43-inch full-HD+ (1,080×2,400 pixels) AMOLED display with a refresh rate of 90Hz. The phone can support up to 12GB of RAM with MediaTek’s Dimensity 1300 processor.

There are reports of OnePlus Nord 2T being launched with a triple rear camera setup. It can be given a 50-megapixel primary sensor, 8-megapixel ultra-wide lens and a 2-megapixel monochrome sensor. On the front, it is said to get a 32-megapixel selfie camera. OnePlus Nord 2T will have up to 256GB of internal storage. With a 4,500mAh battery, this phone can support 80W SuperVOOC fast wired charging.