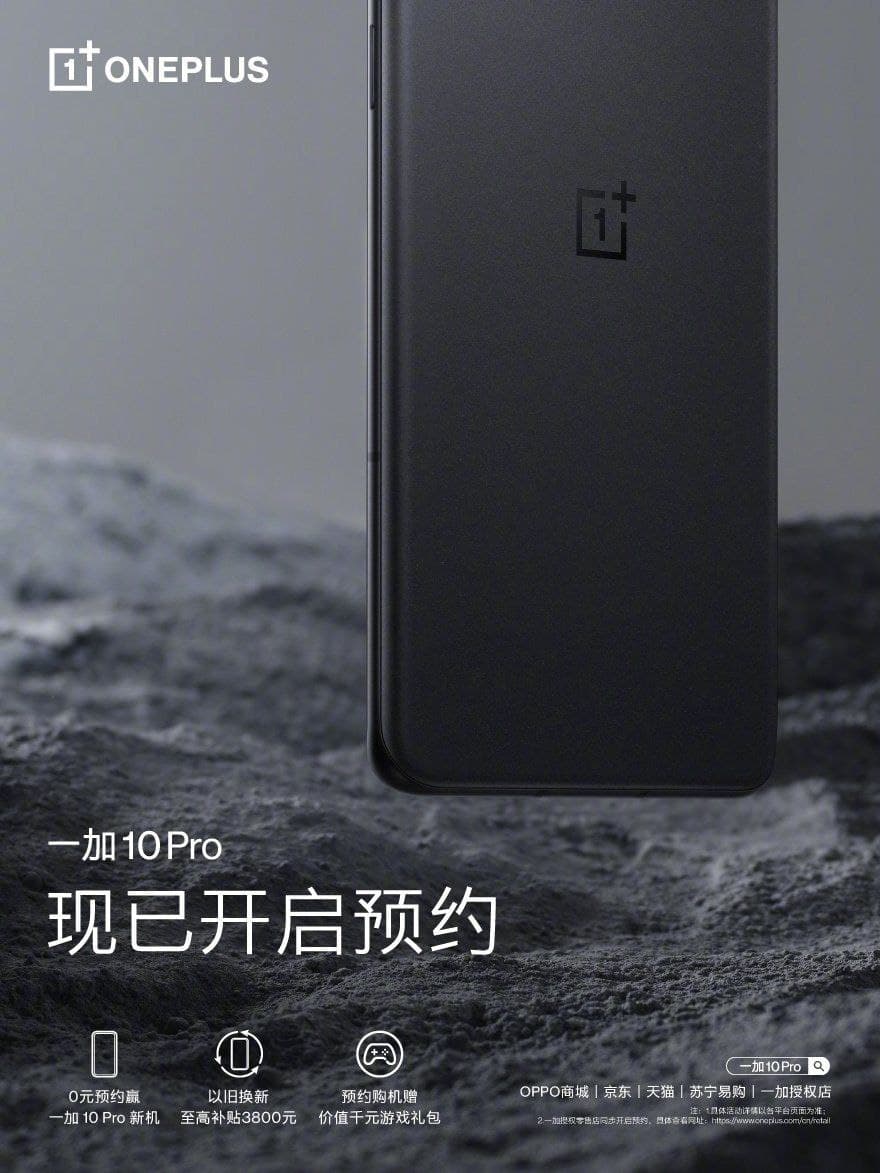 The rumor that the flagship smartphones of OnePlus of the new generation will be released ahead of schedule this time has been fully confirmed. The company has released several teasers today and announced an official premiere date of January 4, 2022. First, OnePlus 10 and OnePlus 10 Pro will go on sale in China, and after a while – in other countries.

In China, you can already apply for the purchase of the OnePlus 10 Pro – through the official online store or on the JD.com site. At the same time, the company announced a trade-in program: users will be able to offset the cost of the new flagship with their used smartphone with compensation of up to $ 600.

In the coming days, OnePlus will start publishing teasers revealing the characteristics of the new flagships, but the specifications of the OnePlus 10 Pro are already known, as, in fact, the design. The smartphone is credited with SoC Snapdragon 8 Gen 1, AMOLED QHD + screen, Hasselblad camera with 8, 48 and 50 megapixel sensors, IP68 dust and water protection, 5000 mAh battery and support for 125 W fast charging. The OnePlus 10 specifications will, of course, be simpler.