OnePlus 10 Pro teaser video leaked online! The phone can be launched on January 11 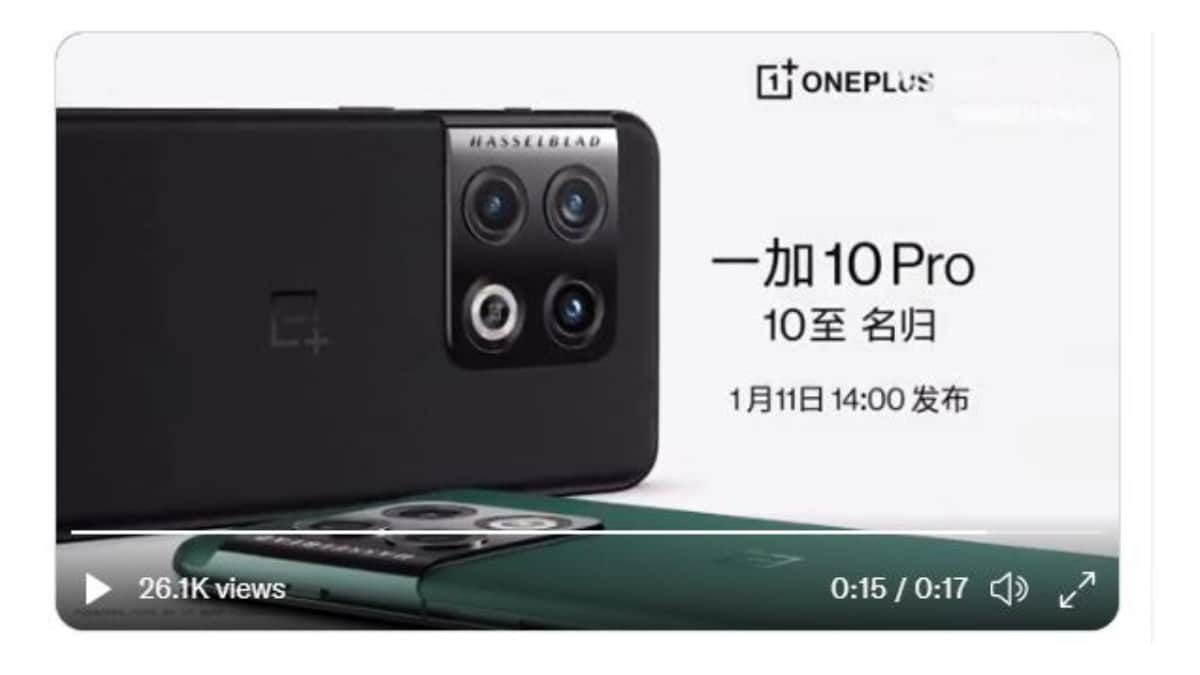 OnePlus 10 Pro smartphone was recently listed on the Geekbench website, through which information about the phone’s Android version, RAM configuration and processor was revealed. At the same time, now the teaser video of this phone has surfaced online, where along with the new launch date of the phone, the design of the phone has also been seen. Information has been given in this teaser video that this phone will be launched on January 11. However, it has been revealed in the old leaks that this phone will be launched on January 4.

A tipster named Mayank Kumar has Twitter next on account OnePlus 10 Pro The teaser video of the smartphone has been shared. The design of the OnePlus 10 Pro smartphone can be seen in this video. This design is very similar to the recently surfaced renders. Apart from this, information is received through the teaser video that this phone will be launched on January 11. Let me tell you, information was received in the old leak that this phone was launched on January 4. launch Will happen.

Talking about the look of the phone revealed in the teaser video, it is very similar to the previously leaked renders. On the back panel of the phone, there is a square camera module on the top-left corner, in which the triple rear camera setup has been given. Information has been received in the old leak that this phone will get 48 megapixel primary, 50 megapixel ultra-wide sensor and 8 megapixel telephoto lens. The Hasselblad branding can be seen on the camera module.

As we mentioned, recently the phone was listed on Geekbench, from where information about some of the key specifications of the phone was received. According to the listing, the phone will come with Android 12. The phone will be equipped with a processor codenamed taro, which could be a Snapdragon 8 Gen 1 processor. With this, the phone can get 12 GB RAM and 256 GB storage.