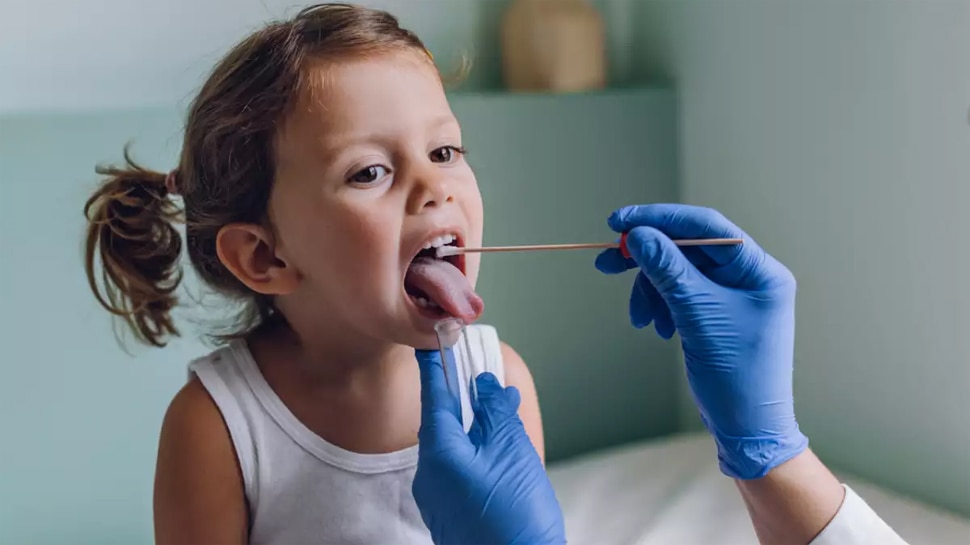 Boston (USA): Infection with the Omicron variant of SARS-CoV-2 is associated with a common respiratory illness in young children called laryngitis or croup. It is an infection associated with the respiratory tract, which obstructs the breath and in which there is a special type of dry cough. This has been revealed after a recent study.

The study, recently published in the journal ‘Pediatrics’, mentions 75 children who came to the Boston Children’s Hospital emergency department with problems of croup and Kovid-19 from March 1, 2020 to January 15, 2022. The researchers said that some cases were very serious, requiring hospitalization, and such children had to be given doses of drugs that were given to treat croup caused by other viruses. Of these, 80 percent of the cases were reported during the outbreak of the Omicron form of the corona virus.

When does croup disease occur?

Ryan Brewster of Boston Children’s Hospital and Boston Medical Center, the study’s first author, said, ‘The picture is very clear that when there were more cases of Omicron, then only then the number of patients with croup started increasing.’ Croup disease occurs when a cold and other infections cause swelling around the voice box, windpipe and respiratory tract. In severe cases it can cause difficulty in breathing.

Prior COVID-19 studies on animals suggest that the Omicron variant causes more upper airway obstruction than other variants. Brewster said that this may have been the reason why the sudden cases of croup began to appear while Omicron’s cases increased.

According to the study, most of the children suffering from Kovid-19 and croup were up to two years of age and 72 percent were boys. Researchers said that although no child died, nine out of 75 had to be admitted to the Intensive Care Unit (ICU).
(Input – news agency language)