OMG! This smartphone of Redmi exploded in a mysterious way, you will also be scared by watching the video 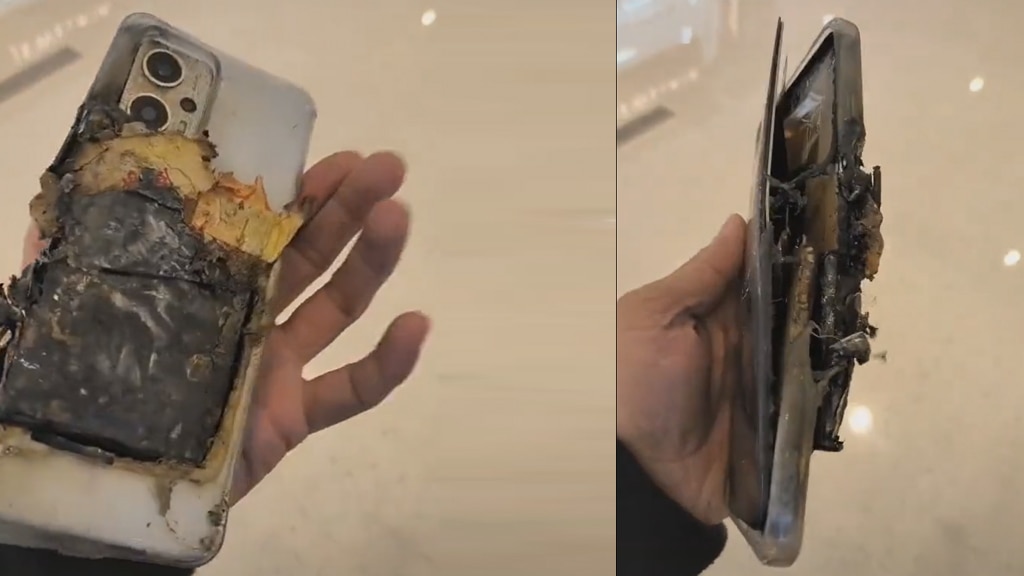 Shocking Phone Blast: A Redmi Note 11T Pro reportedly exploded in China, causing complete burns to the device. The video of this incident is becoming quite viral on social media.

Redmi Note 11T Pro Explodes: Smartphones have become an important part of our life. But these have also become the reason for dying today. A big incident is happening due to our small mistake or the fault of the phone. A Redmi Note 11T Pro reportedly exploded in China, causing complete burns to the device. The video of this incident is becoming quite viral on social media. Another recent example was uncovered by a YouTuber who tweeted that the battery of the Redmi 6A device exploded in the Delhi-NCR region, leading to the death of his aunt. Xiaomi also responded to the tweet and said that it is trying to reach out to the affected family and investigate the matter. Now another similar incident has come to the fore…

The post was shared by a user named Piyush Bhaskar (@TechKard), who shared the post on Twitter from TikTok. The video was captioned with the text “Redmi Note 11T Pro Blast in China”. The video shows the Redmi Note 11T Pro device which has been badly burnt and the front display is separated. The user has not provided any additional information about the alleged explosion of the smartphone in the video and Xiaomi is yet to make an official statement on the same.

The Twitter post was shared on September 13 and has garnered 95 likes and 30 retweets as of writing. In the video, the smartphone can be seen burning badly. By the time the camera is bumped, the back panel has melted, the display is shattered and the rest of the phone falls apart. Apart from details in the post, there was no explanation of what happened to the device. It is also unconfirmed why the smartphone exploded. The video shows that the battery may have exploded.

Redmi Note 11T Pro was launched in March 2022 and features a 6.6-inch FHD+ display with 144Hz refresh rate. It is powered by MediaTek Dimensity 8100 chipset paired with up to 8GB of RAM and up to 256GB of storage. It sports a triple rear camera setup with 64MP primary camera, 8MP ultra-wide lens and 2MP macro sensor. On the front, it has a 16MP selfie camera. The smartphone packs a 5080mAh battery with 67W wired fast charging support.