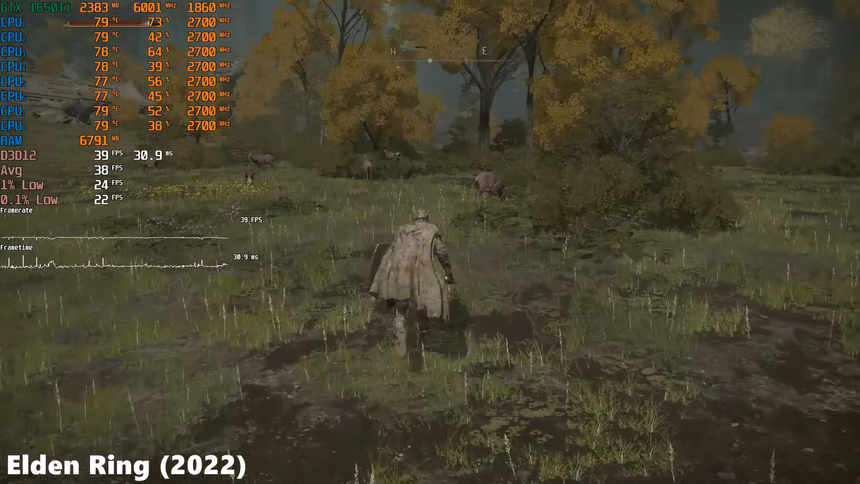 Hitman 3 launched at high settings in 1080p. On average, it was possible to achieve about 50 fps here. In very rare events, performance dropped to 7 fps.

In Days Gone at 1080p with a low preset, I managed to get an average FPS in the region of 50-55 fps. Also, in extremely rare events, the speed was only 7 fps.

Far Cry 6 ran in Full HD on low graphics settings. The average frame rate here was about 60-70 fps. In very rare events, the performance was 2 fps.

GTA III Definitive Edition ran at 1080p with medium settings. The average FPS in the game was 50-80 fps. In very rare events, the frame rate dropped to 9 fps.

As for GTA VC Definitive Edition , it ran at the same resolution, but with a low preset. The average frame rate here was 50-70 fps. In extremely rare events, it dropped to 3 fps.

GTA SA Definitive Edition ran at 1080p on medium graphics settings. Here we managed to get an average of 60-75 fps, in very rare events – 4 fps.

Battlefield 2042 ran at 1080p on low settings. The average frame rate in this case was 35-37 fps. In extremely rare events, performance was 8 fps.

Serious Sam Siberian Mayhem was running at 900p on low settings. On average, the frame rate in the game was 50-60 fps, in very rare events – 5 fps.

At 1080p and with a low preset, Dying Light 2 was launched . The average FPS in it was about 60-65 fps. In extremely rare events, the speed was reduced to 1 fps.

In Elden Ring in Full HD at low settings, we managed to get an average of around 40 fps, and in very rare events – 18 fps.

You can see the rest of the performance measurements in the video below.