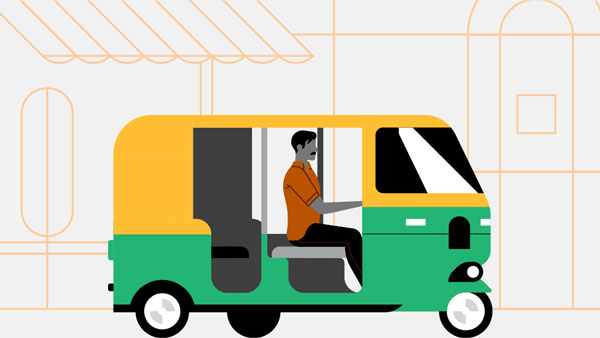 Transport Commissioner THM Kumar clarified that they will not impose fine on autorickshaw drivers or passengers. Rather, this fine will be imposed directly on Ola, Uber and Rapido app-based aggregators. His statement has come because of a misunderstanding in which it was being said that some drivers have been paid the fine.

He also said that if this happens to anyone, they can complain on WhatsApp number 9449863429 or 9449863426. The department once again pointed out that it is necessary for the aggregator to obtain a separate three-wheeler license, without which it is acceptable to drive an autorickshaw. will not be done.

He further added that “if aggregators submit applications for permission to ply three wheelers from Wednesday, we will send this proposal to the government. After that the government will take a decision on its accessibility and convenience fee.” At the same time, Chief Minister Basavaraj Bommai said that he has discussed the issue with the Transport Commissioner on Monday. He further said that “No company should operate without a license. I have directed the Transport Department to take strict action against the companies doing so.”

The department has declared auto services run by cab aggregators as ‘illegal’ under the On-Demand Transportation Technology Act 2016. Since then the atmosphere has been heated on it. Vehicle aggregators have been directed to submit a report on this. However, Ola and Uber have been providing auto services in violation of the rules.

At the same time, the Transport Department has taken this step on the basis of the complaint received from the passenger side. A complaint was lodged against Ola and Uber that they charge a minimum fare of Rs 100 even if the distance is less than two kilometers. The minimum auto fare in Bengaluru has been fixed at Rs 30 for the first 2 kms and Rs 15 for each kilometer thereafter.

It is being told that the license of Ola and Uber cab app aggregator had expired only last year, while Rapido does not have any such license. A joint committee of 13 autorickshaw unions on Tuesday set a seven-day deadline to ban all aggregator apps.

Autorickshaw unions did not stop here, they accused politicians and officials for this and said that they have been duping both drivers and passengers for seven years. At the same time, he demanded that the government should bring an app in Bangalore like the Kerala government.