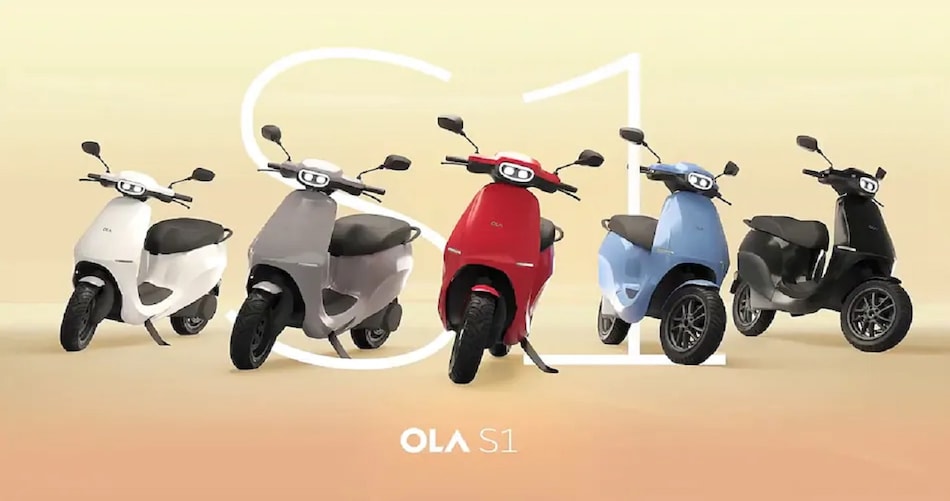 Ola Electric on August 15 launched the Ola S1 electric scooter announced last year. Online booking of this electric scooter was started from the time of launch. Finally, on September 1, the company claimed that Ola sold over 10,000 units of the S1 electric scooter in just one day. The Ola S1 has a battery capacity of 3KWh and has an ARAI range of 141km and a real world range of 101km. Its top speed is 95 kmph. The scooter gets software features like music, navigation, reverse mode and will also support the MoveOS 3 update.

Ola Electric says that the company has sold more than 10,000 Ola S1 electric scooters in just one day, which was launched on August 15 this year. Bookings for this electric scooter were being taken since the time of launch and customers who booked this e-scooter between August 15 and August 31 had to make the last payment on September 1.

After this, Ola had once again opened the bookings for the S1 electric scooter on September 2 and the bookings will last till the stock runs out. Till the time of writing the news, the company’s official website But the booking of S1 appeared to be on. Let us tell you, the delivery of Ola S1 will start from Wednesday, September 7.

The Ola S1 price in India has been fixed at Rs 99,999, which is the starting price inclusive of FAME II subsidy, excluding state government subsidies. It is available in Coral Glam, Jet Black, Liquid Silver, Neo Mint and Porcelain White color options.

Safety features have been provided with the new Ola S1 anti-theft alert system and geo fencing. The scooter will be equipped with a battery pack that is flame retardant and water and dust resistant. Ola S1 has front and rear disc brakes. Apart from this, there is a ‘Hill Hold’ feature which makes riding and navigating in traffic easy. Talking about the suspension, it is equipped with rear mono-shock suspension and front single fork suspension. Talking about the software, Ola S1 works on MoveOS 2 which offers navigation, music playback, companion app and reverse mode.