Ola Electric sold 1100 scooters in January 2022, deliveries have not started in most states 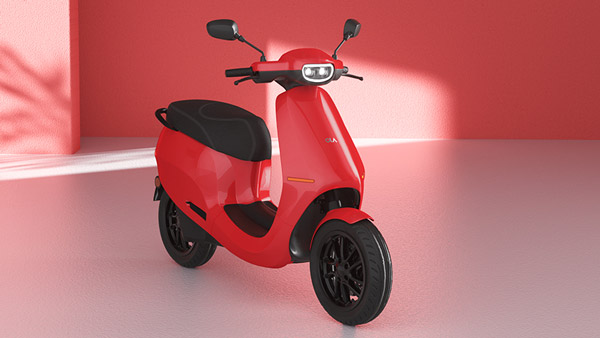 Let us tell you that in the first month, the company was able to deliver very few scooters, due to which Ola was criticized a lot. On this, the CEO of the company had said that he is working closely with the RTO so that more registrations can be done soon. Though there has been an increase in scooter registrations but still relatively few scooters have been delivered.

CEO Bhavish Aggarwal had said that 1000 electric scooters are being produced daily at his FutureFactory but the company has been able to deliver only one day of production. In January, Ola sold 440 units in Maharashtra, 282 units in Karnataka, 108 units in Delhi, 69 units in Gujarat, 52 units in Odisha, 38 units in Rajasthan, 32 units in Uttar Pradesh, 23 units in Tamil Nadu, 19 units in Haryana. have been delivered.

Ola had said after the first sale that Rs 1100 crore i.e. around 4000 scooters have been bought but so far only 1340 units have been delivered. The company has started the booking window again, the final payment window of Ola Electric has been started from January 21. If you have made a booking by paying Rs 20,000, then you can confirm your purchase by paying the remaining payment, only after that you will be given the delivery information of S1 Electric Scooter.

The Ola S1 electric scooter has been launched in two variants, which include the base and pro version. The company is currently focusing on production of the S1 Pro variant, due to which production of the base version can be started by the end of this year. The company is also going to deliver the S1 Pro version to the customers who buy the S1 for this reason. Recently, the CEO of the company has given this information by tweeting.

In such a situation, customers who have booked the S1 will be given the S1 Pro variant but will have to pay an additional Rs 30,000 to take advantage of all its features. Let us tell you that Ola S1 has been made available at a price of Rs 1 lakh and its Pro variant has been priced at Rs 1.30 lakh. Although the information about why the company is doing this upgrade has not been given.

It is believed that due to the lack of chips, the company is currently focusing only on the production of the top variant, so this upgrade is being given to the customers who have booked earlier. But now if you book the S1 variant, you may have to wait for 10-12 months. The company has also started mailing customers about the upgrade.

This delivery data of Ola Electric is a relief news for the customers, but the company will have to speed up the delivery as soon as possible so that the sales can be improved. Many customers are constantly complaining about the delay in delivery.