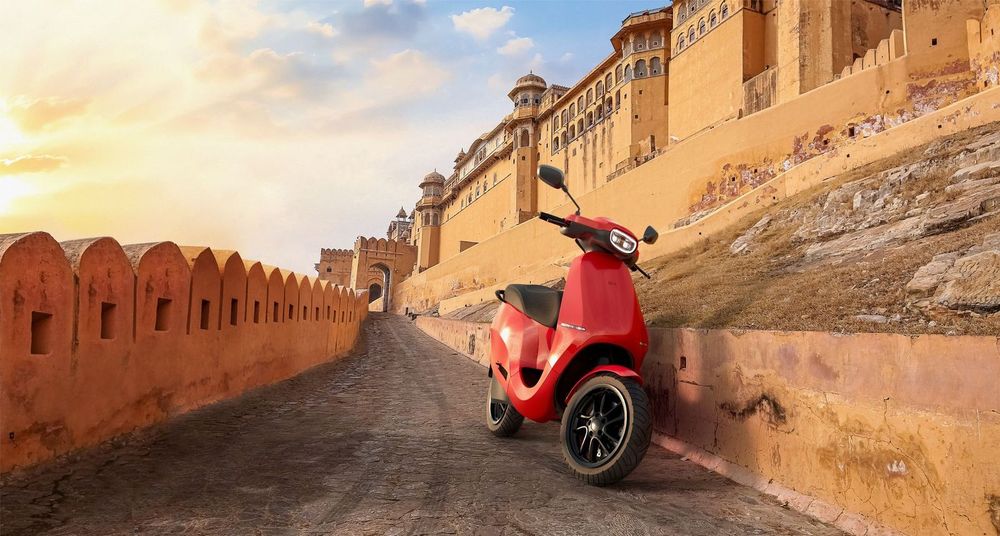 Ola Electric has sold 9,634 units of the electric scooter in September this year. Let us tell you that this is a big jump for the company, as Ola Electric sold 3,421 units in August 2022, which is almost three times. Ola Electric currently has the S1 series in its portfolio, which comes in two variants – the standard S1 and the premium S1 Pro e-scooter. There are some differences between the two, but both are similar in terms of design and looks.

Ola Electric has announced that the company sold 9,634 units in September 2022. As we mentioned, this is a three-fold increase in e-scooter sales as 3,421 units of the Ola S1 electric scooter series were sold in August 2022. The company says that the reason behind the increase in sales is the availability of the standard S1, which was made available recently. More than 10,000 S1 scooters were sold on the first day of opening of the purchase window of this model.

The company says that the S1 Pro electric scooter is also performing ‘well’ in the premium segment. Ola in a recent press release announced that “With high demand, popular products and almost 20% growth in market share in September, Ola continues to lead the segment and continue to top the charts in the next quarter as well.” Will stay.”

The company recently expanded its D2C retail footprint in the country with the opening of 20 experience centers last month. By March 2023, 200 centers are set to open in India.

The Ola S1 price in India has been fixed at Rs 99,999, which is the starting price including FAME II subsidy, excluding state government subsidies. It is available in Coral Glam, Jet Black, Liquid Silver, Neo Mint and Porcelain White color options. The Ola S1 scooter has a 3KWh lithium-ion battery. Talking about the speed, this scooter can provide a top speed of 95 kmph. Cruise mode and reverse mode are available in this scooter. In terms of range, this scooter can provide an ARAI certified range of 141 km, while the True Range is 101km on Normal mode, 128km on Eco mode and 90km on Sports mode.

On the other hand, talking about the features of the Ola S1 Pro electric scooter, it gets an 8.5kW battery and it comes with three ride modes which include Normal, Sports and Hyper mode. The top speed of this electric scooter is 115 kmph. It reaches the speed of 0 to 40km/h in just 3 seconds. The scooter can go up to a range of up to 181 km in a single full charge. Modern features like hill hold control, cruise control, remote start and stop and lock-unlock have been given in Ola S1 Pro. Disc brake system has been given in the front and rear wheels. It also has 36 liters of storage space under the seat.