Ola Electric is preparing 1000 e-scooters every day, will get a chance to buy soon 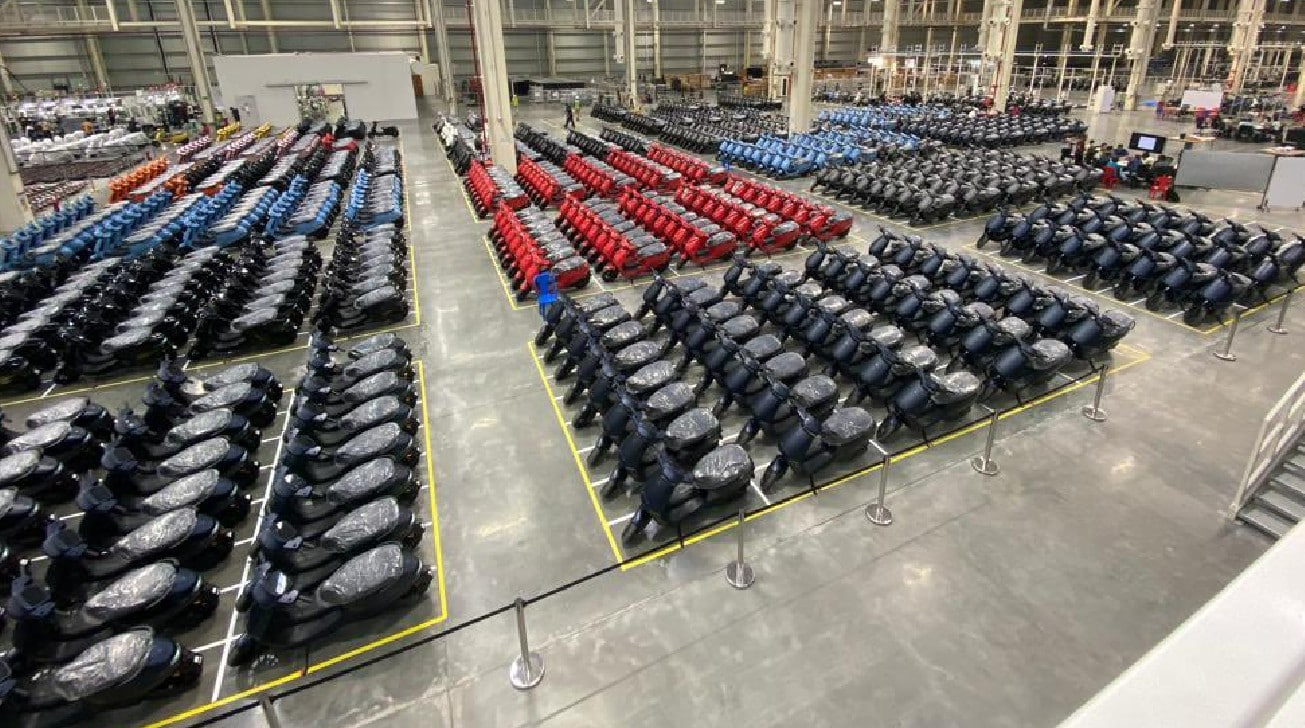 Electric scooters of Ola Electric have made a lot of headlines ever since they were launched in India. The company had said to start the delivery process of the S1 and S1 Pro electric scooters from November 30 last year. It got delayed due to chip shortage going on around the world. Finally, in December, the process of delivery of the Ola electric scooter started. Now the company is increasing the production of S1 electric scooters. Ola Electric CEO Bhavesh Agarwal says that 1,000 units are being manufactured daily in the factory. Recently, Bhavesh confirmed through an announcement that Ola Electric will soon open the purchase window for the rest of its customers.

Futurefactory now producing almost 1000 scooters a day. In pic below: production just for today so far!

the company It has claimed that it has delivered around 4,000 S1 e-scooters to its customers since the delivery process started from 15th December 2021. The company claims that the Ola S1 scooter offers a range of 121 kms, while the Pro model has a range of 181 kms. The company is also offering a 750W portable charger and is setting up its ‘Hypercharger’ network across the country. It is claimed that with its help, the battery of the e-scooter can be charged from 0 to 50% in just 18 minutes. With this charge, Ola electric scooter can cover a distance of 75 km. Ola Electric has given complete information related to this in its official website.

The starting price of Ola S1 starts at Rs 99,999, while the price of the upgraded Ola S1 Pro starts at Rs 1,29,999. The bookings for these electric scooters started on 15 September 2021. The company had announced that it had achieved sales of Rs 600 crore on the first day, reaching Rs 1,100 crore on the second day. If you missed out on buying the Ola Electric Scooter, don’t worry. Soon this process is going to start again.

Share
Facebook
Twitter
Pinterest
WhatsApp
Telegram
Previous articlePeople of this city will use 5G internet, see whether your area is in the list or not
Next articleMobile charging Tips: Simple changes to increase mobile battery life, no need for frequent charging
RELATED ARTICLES
Digit News