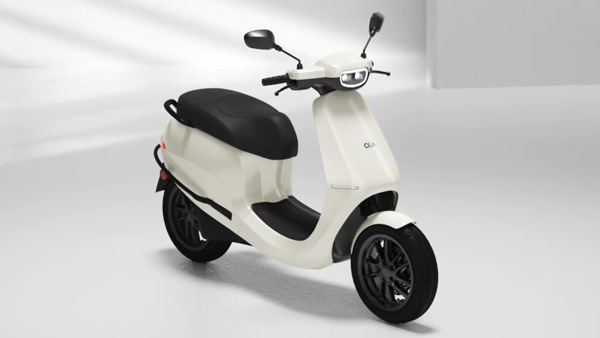 Sharing the information on his Twitter handle, Bhavish Aggarwal wrote, “Met today Mr. nitin_gadkari ji and discussed India’s potential to be the EV hub of the world and Ola’s plans. Showed him scooters! An electric revolution. Their belief in bringing this together and making sustainable mobility a reality is truly inspiring to us at OleElectric.”

The meeting comes days after the Center ordered a probe last month when an Ola electric scooter being used by a ride-hailing operator caught fire in Pune. According to the Ministry of Road Transport, the Center for Fire Explosive and Environment Safety (CFEES) was asked to investigate the circumstances that led to the incident and also suggest remedial measures.

The Government has also asked the CFEES to share the findings along with their suggestions on measures to prevent such incidents. The incident came to light after some videos of an e-scooter catching fire went viral on social media and users raised questions on the safety standards of the vehicles.

So far, experts have been attributing such incidents to thermal runaway in lithium-ion batteries. A thermal runway not only causes fire in electric vehicles, but it is equally difficult to extinguish.

According to the Federation of Automobile Dealers Associations (FADA), the retail sales of electric cars stood at 17,802 units during the last fiscal, which was more than three times as against 4,984 units in the financial year 2020-2021.

Retail sales of electric two-wheelers stood at 2,31,338 units in the last financial year, which is five times higher than 41,046 units sold in the financial year 2020-21. Hero Electric led the segment with sales of 65,303 units capturing 28.23 per cent share in the domestic market. Bengaluru-based Ola Electric stood at the sixth position with sales of 14,371 units.