Ola and Uber will not merge, CEO Bhavish Aggarwal refutes the claim 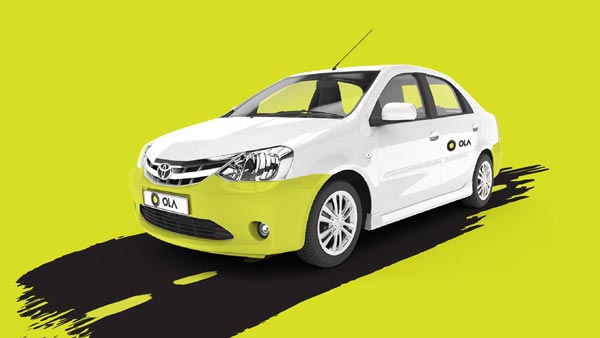 Bhavish Aggarwal tweeted that “This is bullshit. We are profitable and growing well. If any other company wants to leave its business in India it is most welcome. We will never get back together.” In such a situation, there has been a refusal from Ola, so both Ola and Uber will continue to work separately.

Let us tell you that Ola and Uber India are the main competitors in the business of taxi ride service. Both the companies have spent crores of rupees to attract the drivers to attract more customers in the Indian market. But since Kovid, the business of both the companies has been hit as customers are now giving more preference to personal transport.

Ola has many branches in India through which the company is working in different industry. These include ride-sharing (Ola Cabs), used cars (Ola Cars), Q-commerce (Ola Dash) and electric vehicle manufacturing arm Ola Electric. Under this branch, the company is currently selling electric scooters in the Indian market.

Now that Ola plans to expand its target to four-wheeler electric vehicles, the company has decided to discontinue Ola Cars, a platform for trading in used cars, as well as Ola Dash. Is. Let us tell you that the Ola Cars platform was started only 8 months ago.

Giving details of the plan, a company spokesperson said, “Ola has reevaluated its priorities and decided to wind up Ola Dash (the company’s accelerated commerce business). Go-to-market for Ola Electric Ola will also restructure its Ola Cars business to focus more on consolidating the strategy.

Online cab company Uber on Monday announced the launch of Moove, its largest vehicle supply partner in the Europe, Middle East and Africa (EMEA) market, in India to help cab drivers buy cabs. So to receive. According to Uber, driver-partners can use a portion of their daily earnings to buy cabs. This service will first be started in Mumbai, Bangalore and Hyderabad.

Bhavish has completely denied the news of the merger of Ola and Uber and has also said that there will never be a merger. In such a situation, it is a direct message to the entire market including the company that Ola has come to stay in the cab service and is not going to leave this area.