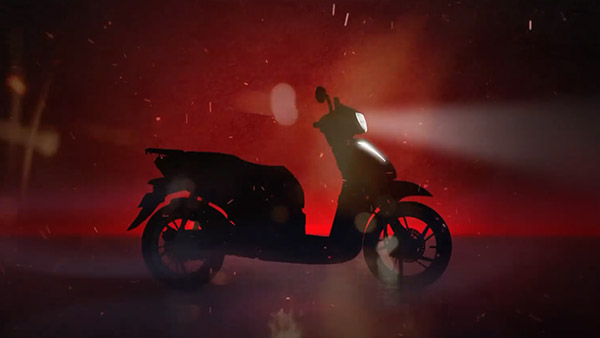 The look of the Okinawa Okhi90 can be seen before its launch. This electric scooter comes with a bold design, it can be given LED headlight, LED turn indicator, LED taillight etc. Large alloy wheels can also be seen in this. The company can gradually reveal its full look in the coming days.

In this, DC electric motor can be given along with the battery pack. The company has already claimed that the Okhi90 is going to be a high-speed scooter that will offer a range of 150 km. The scooter will come with a lithium-ion battery pack and will have a top speed of 80 km/h. The company claims that the design of the scooter is inspired by a motorcycle, so the driving experience will be similar to that of a motorcycle.

The booking start and price of Okinawa Okhi90 can be revealed on March 24. The company has made a good hold in the electric scooter segment of the Indian market and the company is also going to bring new models to compete with the new competitors. At the same time, in view of the increasing demand, Okinawa has inaugurated its second manufacturing plant in India on 14 February.

As of February 2022, Okinawa Autotech continues to be second only to Hero Electric among the top electric two-wheeler manufacturers in India. The company has sold 5,923 units, registering a five-fold increase in sales as of February 2022. In February last year, the company was able to sell only 1,067 units of electric scooters.

Okinawa is now going to bring new models with better design, modern features and technology and more range to compete with the new competitors, now how much it is priced has to be seen.